Wally Scott, the mayor of Reading, Pennsylvania, has a habit of confusing government with church. He frequently preaches from his perch, even using his official Facebook page for sermons about religion. 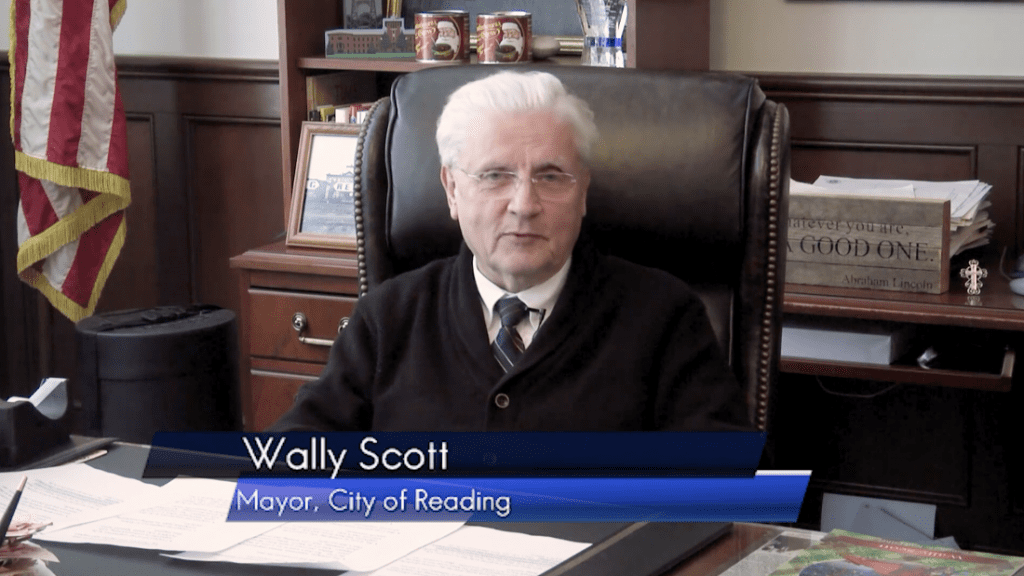 This past December, for example, in response to the city’s unusually high murder rates, he suggested people should just pray that everyone go to Heaven where no one dies.

He also blamed the removal of forced prayer in schools — and the Establishment Clause in general — for society’s problems.

His most recent outburst may be the strangest one yet.

Yesterday evening, the Reading Eagle published a story about a local real estate developer, Alan W. Shuman, who plans to spend $500,000 to renovate Hopewell Mennonite Church. In exchange for fixing up the “rickety building,” he’ll be able to rent it out for non-denominational weddings, receptions, and other parties. Meanwhile, the “dwindling congregation” will still be able to hold services in there.

“I love historic buildings,” Shuman said during an interview in the sanctuary Tuesday. “If we get our investment back, great, but I wouldn’t be counting on it.”

Sounds like a perfectly normal local story. The Eagle also included a picture on the front page of the paper of Shuman standing in the pews with a pleasant smile.

Yet when Mayor Scott saw that article, he texted the paper’s publisher with nasty comments about Shuman:

“Please don’t put the picture of the devil in our Christian church on six street up for sale to buy,” the mayor wrote in texts to Peter D. Barbey, CEO and president of Reading Eagle Company. “That picture your newspaper made a big mistake and so did the Devil by coming forward and smiling in the sanctuary.”

Shuman is a Christian.

Scott later elaborated and said he had concerns about Shuman’s other projects — which might be relevant, though they still wouldn’t explain the language he used — but then he added (to quote the newspaper) that “a true Christian would never use a church for business purposes.”

Shuman said the mayor is upset with him about a number of things, including that he is helping the church and the city is not.

“Wally was mayor of the city for two years and did absolutely nothing to help that church,” Shuman said.

Their beef has been going on for months, ever since Shuman paid for digital billboards calling out Scott for not doing enough in his position. But legit criticism is one thing. Scott responding with claims that Shuman is the “Devil” shows that he’s unfit for public office and unable to respond to critics with any sense of maturity. 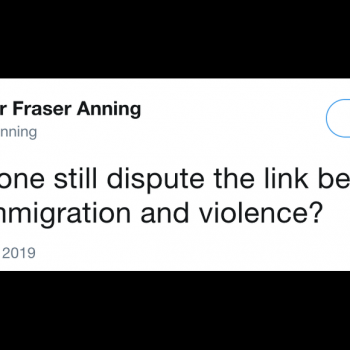 March 15, 2019 Italy Bans Unvaccinated Kids from its Schools Amid Measles Outbreaks
Browse Our Archives
What Are Your Thoughts?leave a comment