Appeals Court: Tax-Free Housing for Faith Leaders (But Not Atheists) is Legal

The Freedom From Religion Foundation has lost a major legal battle in its effort to stop the government from giving religious leaders a huge unconstitutional tax break.

This particular case first got everyone’s attention in October of 2017 when U.S. District Judge Barbara B. Crabb agreed with FFRF that the “Parsonage Exemption” was illegal. That’s the loophole allowing ministers to deduct the cost of rent of their church-owned houses from their taxable income. (Christianity Today says 84% of senior pastors receive this exemption and it’s worth $20,000-$38,000 on top of their base salary.) It’s a major perk that also benefits megachurch pastors who live in mansions, but the problem is that atheist leaders can’t get access to the same benefits.

When Crabb made her ruling, it didn’t suddenly go into effect. (You would’ve heard the whining if it did.) Crabb said she wanted to hear back from all sides as to how they wanted to proceed, knowing full well that the government would file an appeal. That’s exactly what they did, so her decision never went into effect.

(It’s worth noting that all of this happened in 2014, too. But the Appeals Court dismissed the entire case due to standing. They said FFRF needed to apply for the tax break — and get rejected — before they could file a lawsuit over this issue. They hadn’t done that in 2014, therefore the case was dismissed on that technicality, but they did it all this time around, which is why this case would have to be decided on the merits.)

In October, both sides argued in front of the Seventh Circuit Court of Appeals. FFRF made it clear that their opponents weren’t even pretending that this housing rule was fair. Their brief said, “They confirm the value of the exemption, while seeking to confine it to themselves.”

Had FFRF won, it would’ve been an arrow through the heart of religious privilege. That’s why conservative groups were desperate to keep the pro-religion law in place.

The religious side got their wish today. The Seventh Circuit ruled against FFRF, allowing the Parsonage Exemption to stand. All three judges were appointed by Republican judges (including one, Michael B. Brennan, by Donald Trump), and they unanimously shot down FFRF’s claims.

The Lemon Test has three prongs that any law involving religion must pass in order to be ruled constitutional.

Did the law have a secular purpose? The judges said yes because the rule went into effect “to put ministers on equal footing with secular employees receiving the same benefits.” (FFRF argued the ministers’ benefits were, in fact, better than ones secular employees received.) The judges also agreed with the government that the rule eliminated “discrimination between ministers” since the previous law often excluded ministers of smaller denominations. In short, the government’s justification for the law wasn’t officially to promote religion — even if it did — so the judges said it was okay.

Was the main purpose of the law to promote religion? For reasons stated above, the judges said no, adding that the rule only allowed churches to advance religion, but that wasn’t the government’s doing.

Did the law create excessive entanglement with religion? Entanglement, yes, but not excessively so, they said. So it was okay.

The judges also evaluated the case in terms of its historicity. In other words, if we’ve been doing this for a long time and it’s considered more of a tradition than an establishment of religion, then perhaps it’s okay to let it slide. It’s an argument that has provided justification for invocations at government meetings and Ten Commandments monuments outside government buildings.

In this case, the judges used the fact that versions of this law have been around for a long time in order to keep this one in place.

FFRF offers no evidence that provisions like [the Parsonage Exemption] were historically viewed as an establishment of religion. The government and intervenors, and amici curiae supporting their position, have provided substantial evidence of a lengthy tradition of tax exemptions for religion, particularly for church-owned properties.

See? We’ve been doing this for a long time, so that makes it okay… even if, if the law were to be passed today, we’d see it completely differently.

The judges concluded their decision with this brief summation:

FFRF claims [the Parsonage Exemption] renders unto God that which is Caesar’s. But this tax provision falls into the play between the joints of the Free Exercise Clause and the Establishment Clause: neither commanded by the former, nor proscribed by the latter. We conclude § 107(2) is constitutional. The judgment of the district court is REVERSED.

FFRF is, not surprisingly, upset with the decision.

Reacts FFRF Co-President Annie Laurie Gaylor, one of the plaintiffs: “The housing allowance is so clearly a handout to churches and clergy, and it so clearly shows preferential treatment and discriminating in favor of ministers.”

… “It’s an injustice not just to us, but to taxpayers who have to pay more than their share, because clergy pay less,” Gaylor says.

FFRF could always ask the full Seventh Circuit to look at this case again, but the Seventh Circuit is an overwhelmingly conservative court, with only two of the 14 judges appointed by Democratic presidents. Appealing to the Supreme Court is both a long shot (in terms of them even looking at the case) and a tough case to win, given the Court’s makeup. Furthermore, this isn’t a case where two appeals courts have said two different things, so the Supreme Court would likely say there’s no reason for them to get involved.

This case was always an uphill climb, legally speaking, but FFRF always had a good point: This law benefits religious leaders (including wealthy ones) with a perk that leaders of atheist organizations aren’t allowed to get. The government is actively discriminating against atheist groups with this law even if lawmakers never intended for that to be the case.

Unfortunately, the pro-religion rule will remain in place until the law ever changes. 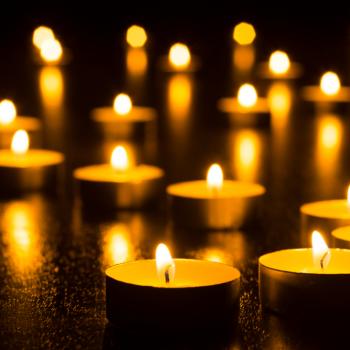 March 15, 2019
Here's How Atheist Groups Are Responding to the Christchurch Mosque Shooting
Next Post 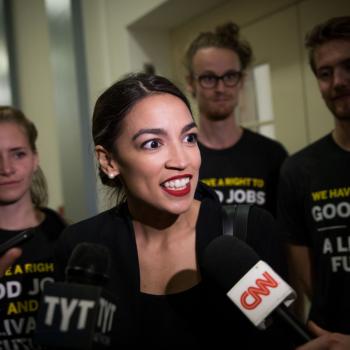