After Atheist Invocation, DuPage County (IL) Board Will Vote on Ritual’s Future

After I delivered an invocation yesterday at a meeting of the DuPage County Board in Illinois, I exited the room since my work there was done. I wasn’t there for the rest of the meeting. So it was only last night that I found out what happened in my absence.

Apparently a discussion about the usefulness of invocations — a continuation of the discussion that prompted me to request to speak in the first place — occurred later in the meeting, and things got heated.

One reason is because board member Dawn DeSart left printed copies of a blog post about why we don’t need invocations on the desk of each of her colleagues. (I don’t know where the post is from or who wrote it. I had nothing to do with the handout. Update: This is the post, written by DeSart.)

A copy of DeSart’s blog post was left at each board member’s seat before the start of Tuesday’s meeting, where an atheist delivered a moment of reflection for the board. In it, she suggests the practice should end because the primarily Christian prayers offered before board meetings are not inclusive.

“We’ve got a 5,000-pound elephant in the room so why wait until 2020,” Commissioner Sam Tornatore, a Republican from Elmhurst, said. “I say let’s discuss the invocation issue now, let’s take the pulse of the county board.”

Tornatore suggested the issue be placed on the March 26 agenda for a vote by the county board.

DuPage County Board Chairman Dan Cronin said he hoped a vote would allow the county to move past the debate and focus on other issues.

“This is an issue that has been identified very particularly and dramatically today and I think it makes perfect sense that we address it and dispose of it one way or another sooner rather than later,” he said.

Hi. I’m “an atheist” and possibly a “5,000-pound elephant” and someone who speaks very “dramatically.”

Cronin’s point actually makes some sense, though. Instead of arguing over invocations, why not just vote on the matter and move on? It’s easy for him to say that, though, because the board is dominated by conservatives who will almost certainly vote to keep the practice in place. Unless the board’s ideology changes — something DeSart notes in the Chicago Tribune article — the invocations aren’t going anywhere.

It will be a mistake on their part, though.

There are plenty of opportunities during those meetings to celebrate diversity. Anyone who wants to pray can do it before arriving at the building. There are far better ways to inspire board members than asking community members to give shout-outs to their favorite deities. 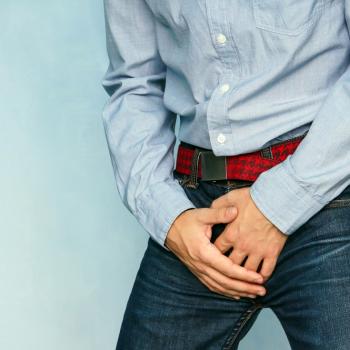