Last Wednesday, students at Shelton High School in Washington had the opportunity to honor the late Native American environmental activist Billy Frank Jr. Those assemblies usually begin with a ritual like the National Anthem, but that seemed especially inappropriate given the nature of the event, which is why a student drafted a petition (later signed by about 150 people) urging the District to skip the song.

It’s a fair point. Singing about how great the country is — given what our country has done to Native Americans — would be especially callous with Frank about to speak, even if the insult isn’t intentional.

That’s why Shelton Superintendent Dr. Alex Apostle agreed to make the change… except, since they weren’t going to sing the National Anthem at this assembly, Apostle decided to remove the Pledge of Allegiance instead. That made even more sense, consider the Pledge includes the ridiculous line about how we have “liberty and justice for all.” 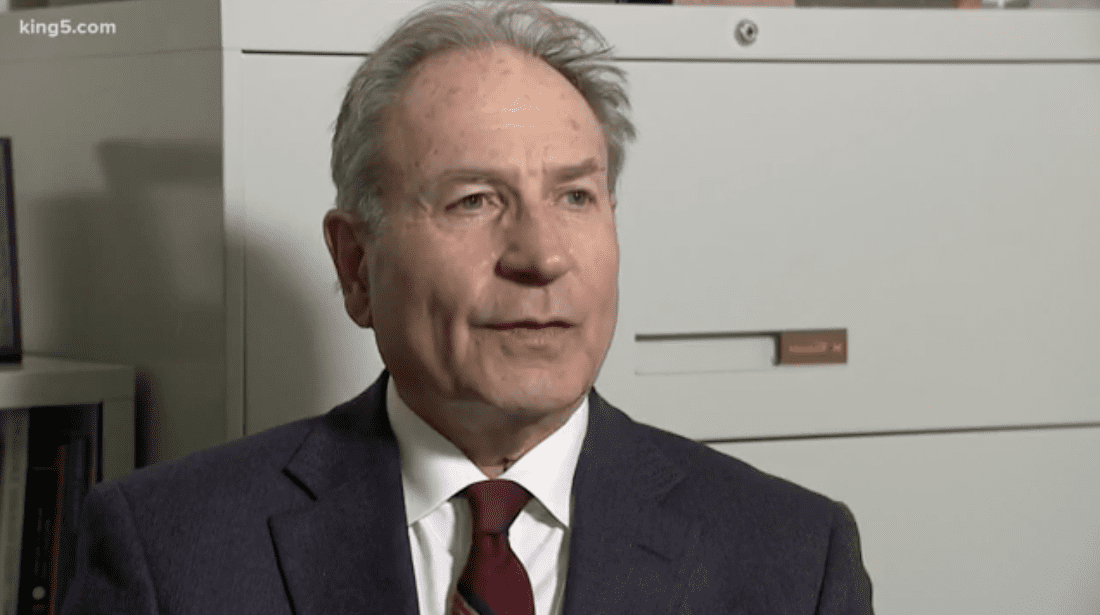 But for some reason — perhaps pushback from conservatives — Apostle is now apologizing for his actions.

It’s a decision he now regrets.

“I take full responsibility for what took place,” said Apostle, who added the district did not have enough time to thoroughly discuss the issue.

“I was very concerned to respect [Native American students],” said Apostle. “Looking back, we would have done it completely different.”

Why?! What’s he apologizing for? He did the right thing! He wanted to respect the Native American students, and he did, and now he’s regretting it for some odd reason.

Meanwhile, at least one student is going for the inevitable Tucker Carlson interview with his groan-inducing defense of the Pledge:

Another sophomore, Josiah Sushak, was disappointed the district let the petition dictate what was included in the assembly without consulting other students.

“I think this is a very good example of political correctness going too far,” said Sushak. “I believe these public educators we have should be responsible to safeguard us from such ignorances, like maybe hearing both sides.”

Is there anything more conservative these days than hearing someone suggest there are good people on both sides…? In this case, that would be the oppressors and the oppressed. Not every story has two equally worthy sides. This idea that an act of forced patriotism is good for students, while a nuanced understanding of what we did to Native Americans is somehow undemocratic and a sign of political correctness gone too far, shows you how little that student paid attention in his history classes.

Apostle doesn’t need to apologize. Hell, he should get rid of the Pledge of Allegiance at all assemblies.

(Screenshot via King5. Thanks to Brian for the link)

March 12, 2019 UK "Witch" Who Cut the Genitals of Her Toddler Gets an 11-Year Prison Term
Browse Our Archives
What Are Your Thoughts?leave a comment