Betsy DeVos: Churches Can Get Taxpayer Money to Provide Services to Schools

Secretary of Education Betsy DeVos, always looking for new ways to hurt public education in the country, has decided the separation between church and state needs to go. Her office just announced that it will stop getting in the way of religious groups providing taxpayer-funded resources to public and private schools. 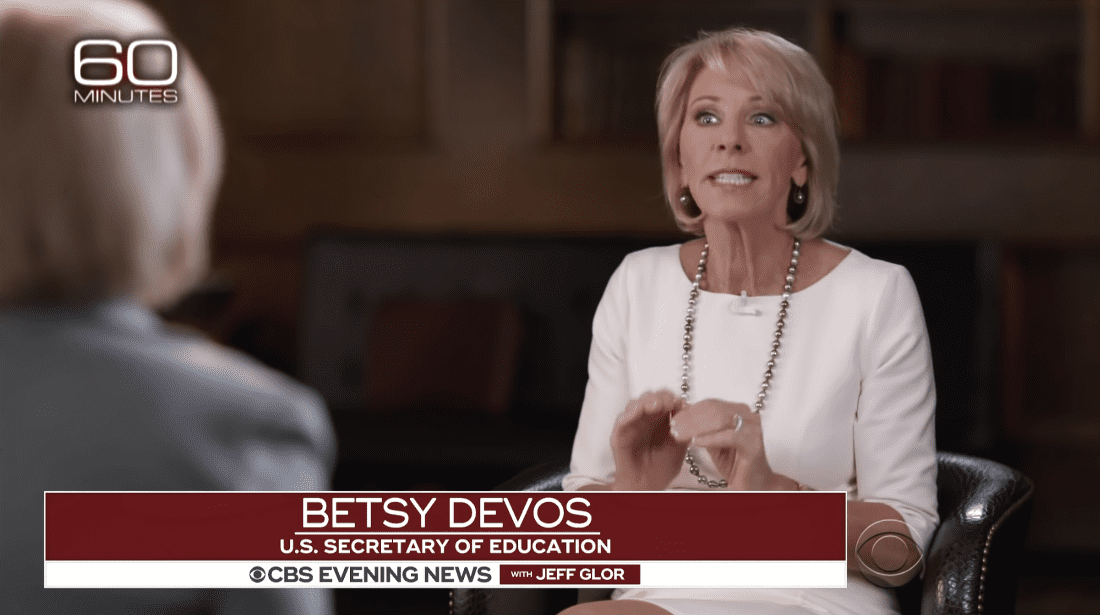 Ms. DeVos said that after consultation with the Justice Department, education officials determined that a provision in the Elementary and Secondary Education Act, the federal law governing the nation’s elementary, middle and high schools, was also unconstitutional. The law calls for students in public and private schools to receive “equitable services,” such as special education, tutoring or mentoring, and allows districts to hire contractors to deliver those services. But the law requires that those contractors be independent of “any religious organization.”

“The Trinity Lutheran decision reaffirmed the long-understood intent of the First Amendment to not restrict the free exercise of religion,” Ms. DeVos said in a statement. “Those seeking to provide high-quality educational services to students and teachers should not be discriminated against simply based on the religious character of their organization.”

In theory, all of that sounds fine. If a Christian group wants to offer secular tutoring services to students, why can’t we use tax dollars to pay for it?

The short answer is that those groups routinely abuse the opportunities in order to advertise their religion. Just look at what happens when Christian ministries are brought in to teach public school sex education classes or host assemblies encouraging kids not to do drugs. On paper, there’s nothing inappropriate happening, but there are countless stories about how misinformation is spread by Christian abstinence-only advocates and how secular daytime assemblies are used to advertise very religious nighttime assemblies.

Similarly, when a ministry offers tutoring services in low-income school districts, it often becomes a way to urge students to bring their families to church.

DeVos didn’t explain how her office would penalize religious groups that overstepped their boundaries, or how they would try and prevent proselytizing with the rule change.

A spokesperson for the House Education Committee (currently run by Democrats) told the New York Times they’re “carefully reviewing the legality of the administration’s new policy.”

March 12, 2019
Broadcaster Rick Wiles: The "Synagogue of Satan" is "Crapping on the Country"
Next Post

March 12, 2019 Diocese of Brooklyn: SNL Must Apologize for the "Harassment" by Pete Davidson
Browse Our Archives
What Are Your Thoughts?leave a comment