Pastor Robert Jeffress, one of Donald Trump‘s most vocal white evangelical supporters, told Lou Dobbs of the FOX Business Network last night that Democrats are “becoming the godless party” because they condemned all forms of bigotry instead of singling out Rep. Ilhan Omar for comments that right-wingers have claimed are anti-Semitic.

How anyone goes from pretending the GOP suddenly cares about religious minorities to pretending Democrats hate God is beyond me, but logic has never been Jeffress’ strong suit.

… The Democrats’ refusal to condemn this hateful speech, Lou, is just the latest evidence that the Democrats have not only become an extremist party, as you’ve talked about earlier, the Democrats are becoming a Godless party.

I mean, just think of what we’ve seen recently. They tried to remove God from an oath of office. They’re supporting this barbaric practice of late-term abortion. And now they’re condoning hateful speech against a people who the Bible says the Jewish people are the apple of God’s own eye.

Look: The Democrats are waging war not just against Americans principles, they’re waging wars against the Judeo-Christian principles upon which this nation was founded.

Just to be clear… Democrats condemned hate speech. There’s literally one openly non-religious member of the party on Capitol Hill. They didn’t “remove” God from an oath of office (a draft version of the oath didn’t include the phrase, but then it was put back). The abortion rhetoric, as usual, is completely distorted from the reality of the situation. And they never condoned any rhetoric trashing Jewish people.

Jeffress, like so many white evangelical leaders, is so used to lying and getting away with it that he’s completely incapable of telling the truth. No wonder he’s a FOX News contributor.

As much as I would love it if the Democrats ever became a party we could plausibly call godless, they’re as religious as ever. Even their presidential candidates are doing everything they can to appeal to the millions of progressive Christians who despise the way people like Jeffress turn their faith into a political weapon.

Jeffress, of course, doesn’t consider those Christians legitimate. If you’re not constantly lying or worshiping at the altar of Donald Trump, he assumes you hate Jesus. 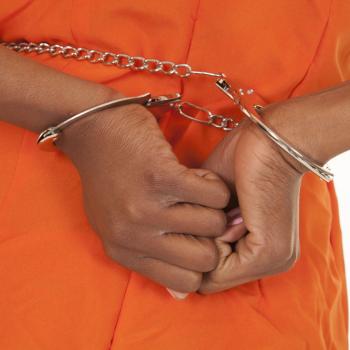 March 8, 2019
Here's How a Christian Publication Covered a Trans-Only Unit in a Women's Prison
Next Post 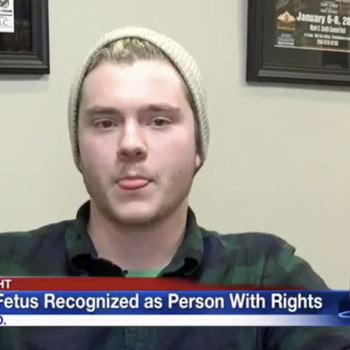