This is the logical bottom of the slippery slope created when the government says a clump of cells is a person: A judge is allowing an Alabama man and an embryo to sue the people that made it possible for a girl he impregnated to get an abortion. It’s the first time an embryo has ever been treated as a human being with legal rights in a court of law.

The lawsuit is over the “wrongful death” of the embryo (wrongly called a “fetus” in some articles and really wrongly called a “baby” in others). Ryan Magers (below) says he wanted the 16-year-old high schooler he impregnated to have “Baby Roe” (even though it’s not a baby and it doesn’t deserve a name), but she decided against it.

Magers and The Embryo are now suing the Women’s Center for Reproductive Alternatives in Huntsville as well as a(n unknown) pharmaceutical company that made the abortion pill taken by the girl.

Rather than toss out the absurd lawsuit altogether, Madison County Probate Judge Frank Barger gave it the green light to move forward with Magers representing the embryo’s “estate.” 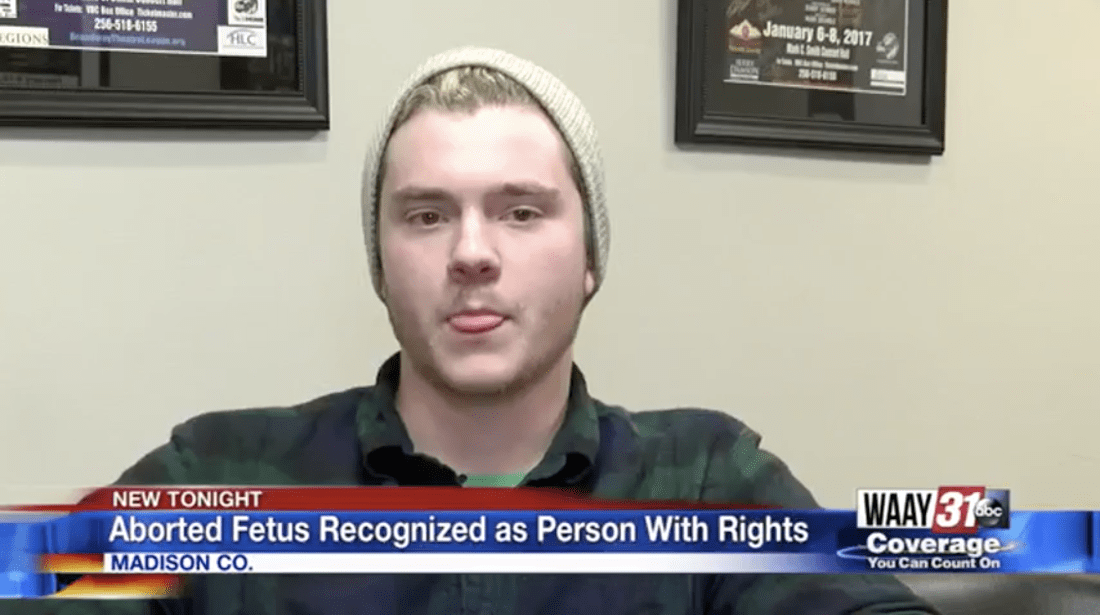 That means a six-week-old embryo — a clump of cells the size of a pea — is now legally going after the people who “killed” it.

Ilyse Hogue, president of NARAL Pro-Choice America, tweeted Tuesday that the Alabama lawsuit is a “very scary case.” It asserts that a woman’s rights are “third in line,” after the rights of a man who impregnates her and the fetus she aborts, she said.

None of this is surprising, because it’s precisely what anti-abortion legislators were hoping for when they passed the state’s “personhood” law. They want this case to be challenged so they can keep appealing until Brett Kavanaugh can force women to give birth whenever an unemployed teenager pressures them into sex.

Jill Filipovic explains the potential ripple effects this case could have:

A “pro-life” victory here would give free rein to men like Ryan Magers, who allegedly coerced his teenage girlfriend into sex, allowing them even more control over those same girls’ reproductive lives and, by extension, their futures. A great many women and girls have sex with men who are abusive, controlling, or simply not men who they want to be tied to for the rest of their lives. A “pro-life” victory here would give any man jurisdiction over any woman with whom he has had sex.

In this case, the girl was pressured into sex (though her family is not calling it rape) and chose to end the pregnancy early. A judge now thinks that’s all it takes for an embryo to sue an abortion clinic.

Magers, by impregnating a girl who didn’t want his baby, now has the power to shut down methods of abortion for women everywhere, a move that would force many of them to resort to unsafe and illegal actions to procure something that’s a routine procedure in most other parts of the developed world.

(Screenshot via WAAY31. Thanks to Sue for the link) 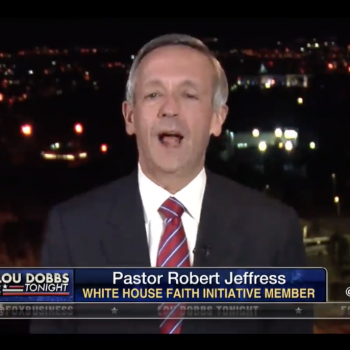 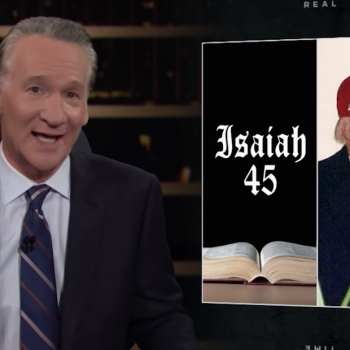 March 9, 2019 Bill Maher: Evangelicals Make No Sense When Comparing Donald Trump to King Cyrus
Browse Our Archives
What Are Your Thoughts?leave a comment