Congresswoman Alexandria Ocasio-Cortez‘s popularity is a sure sign that the End Times are coming, according to Pastor Rick Joyner of MorningStar Ministries.

Or maybe seeing a young, successful woman in politics is jarring to his conservative Christian outlook.

He made the remarks in a video posted to his Facebook page this week.

“It talks about, in Isaiah, when we start calling good evil and evil good and honoring the dishonorable and dishonoring the honorable — which we’re doing now as a country — do you know what the consequences for doing that is, the judgment of God that would come upon the countries that would do that?” he asked. “Capricious children will be your leaders.”

“Capricious children,” Joyner continued. “I couldn’t imagine anyone leading [being] more capricious than this Ocasio-Cortez … How shocking is this? It’s happening right before our eyes, prophesy being fulfilled.”

Joyner’s example for the upside-down nature of this country is not keeping kids in cages, or routinely trashing credible reporters, or treating one religion as superior, or hurting our standing on the world’s stage. None of that bothers him. It’s just someone like Ocasio-Cortez in a position of power.

As if a prophecy about ancient Israel has everything to do with 21st-century American politics.

His statement is also all kinds of condescending. At 29, Ocasio-Cortez is hardly a child; she’s a grown woman. You can disagree with her, but the disrespect here is appalling. It’s Joyner who’s acting like a child.

Furthermore, as a pastor, he should be familiar with the number of times in the Bible that God used women — even prostitutes! — for societal good: Esther, anyone? Judge Deborah? Rahab? Ruth?

I get the sense that Joyner has no idea who any of them are.

March 8, 2019
Jim Bakker: God Spoke to Me in 2007 and Said Donald Trump Would Be President
Next Post 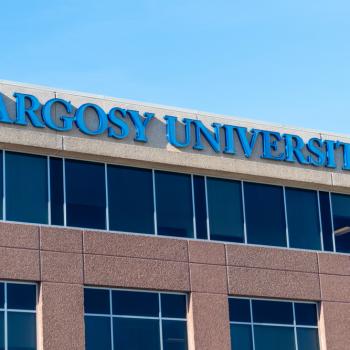