An 11-year-old rape survivor from Argentina was recently forced to give birth after being denied an abortion:

The authorities ignored repeated requests for an abortion from the child, called “Lucía” to protect her identity, as well as her mother and a number of Argentine women’s right activists. After 23 weeks of pregnancy, she had to undergo a procedure similar to a caesarean section on Tuesday. The baby is unlikely to survive.

The move has been described as the “worst kind of cruelty for this child” and has been blamed on an anti-choice strategy in the country to force girls to carry their pregnancies to term.

Lucía told the psychologist at the hospital to which she was admitted after two suicide attempts: “I want you to remove what the old man put inside me.”

Even anti-abortion activists often say they don’t mind the procedure to save the life of the mother. This scenario seems to fit the bill: Not only was the girl psychologically traumatized, but at her age, she barely started puberty. Her body lacks the development required to properly nourish a fetus, not only jeopardizes her own health, but the health of the eventual child.

Writer Claudia Piñeiro tweeted on Wednesday: “There are those who tortured an 11-year-old rape victim in Tucumán. It’s dangerous they have such power and that we were not able to prevent it.”

Mariana Carbajal, the journalist and feminist activist who originally broke Lucía’s story in the progressive daily Página/12, tweeted: “Tucumán treated her like a receptacle, like an incubator.”

Soledad Deza, of the Women for Women Association, said Lucía’s case was not one of conscientious objection by doctors. “Regrettably, what we have here is a conservative action stemming from the executive branch,” Deza told Página/12. “Abortion is a legal option in the case of abuse or risk to life. The state has to ensure the procedure. Here there was the worst kind of cruelty with this child.”

Adding to the horror of the situation was this response on Twitter:

Sadly, this is the reality we have here in Argentina. And the situation is even worse. Even if that baby survives (and that is a BIG if) the mother and him are going to be neglected by the government, the church, and most likely the hospital where this happened.

It’s a horrific story all around. What’s worse is that it’s not even all that unusual. The government’s own numbers say that, in 2017, girls under the age of 15 produced 2,493 live births. The Washington Post notes that many of those girls were the victims of rape within their families.

March 7, 2019
Church Leaders Want Congress to Fix the GOP Tax Bill Before They Have to Pay Up
Next Post 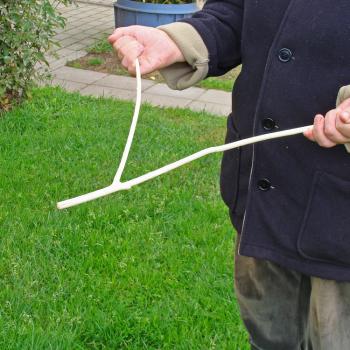