Teen Who Defied Anti-Vax Parents by Getting His Shots Testifies Before Congress March 6, 2019 David Gee

Ethan Lindenberger, the young man from Ohio who celebrated his 18th birthday by getting caught up on his shots in defiance of his anti-vaxxer parents, testified before Congress yesterday that his mom’s beliefs were reinforced by misinformation on Facebook.

Lindenberger posted his story to Reddit months ago, and it went viral enough that he was invited to testify before the Senate Health Committee. He told the members that while he got his information from “accredited sources” including the CDC, scientific journals, and the World Health Organization, his mother got her information from… Facebook.

He specifically referred to “anti-vax” pages on Facebook, citing a study by The Atlantic that found that seven anti-vax pages generated 20 percent of the top 10,000 vaccination-related posts in a three-year period.

“With my mother it continues to influence her views, along with countless Americans,” Lindenberger said.

“I bring this up to show how in my own personal life this misinformation reached my family. Not only that, it led to the people I care about being put at risk,” said Lindenberger, who caught up on his vaccinations after turning 18.

Lindenberger said he went through childhood without being vaccinated against diseases like measles and polio because his mother believes vaccines cause autism and brain damage, despite numerous studies that show the risks are minimal.

If only more people could follow Lindenberger’s lead, defying his parents for all the right reasons and working to make sure no one else makes their mistake. He’s right to blame anti-vax advocates who broadcast their ignorance to the masses and social media sites that allow that harmful misinformation to spread despite having the ability to shut it down.

“The information leading people to fear for their children, for themselves, and for their families is causing outbreaks of preventable diseases,” Lindenberger said.

Lindenberger stressed that he doesn’t think that individuals who oppose vaccines are “evil.”

“Her beliefs were not true, and propagating these lies is dangerous. However, it is not necessarily ill-natured,” he said.

But he specifically blamed organizations and individuals who spread misinformation “for their own gain.”

“Anti-vaccine leaders and proponents of misinformation which knowingly lie to the American people are the real issue,” he said.

Notice how he lays off on the gullible people who accept the lies. They just don’t know any better, and they might be helped through proper education. His real frustration lies with the people who propagate the myths and make money off of it. They’re putting lives at risk through their willful ignorance or straight-up greed. 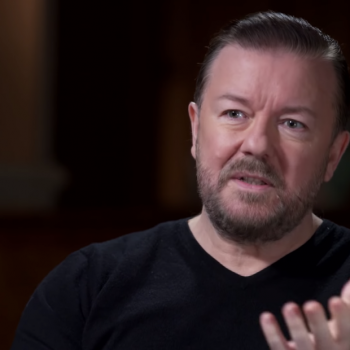 March 6, 2019
Ricky Gervais: People Believe in God Because "Jesus is an Unpaid Babysitter"
Next Post 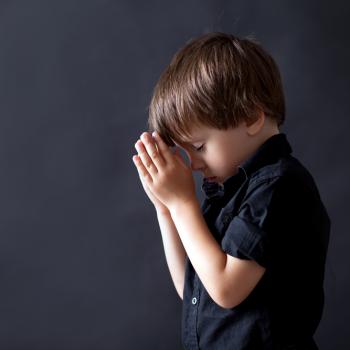