At the West Virginia State Capitol yesterday, conservatives were out to celebrate Republican Party Day and their supposed “values.”

Those values apparently included a vendor with a sign showing the attack on 9/11 (“Never forget”) along with a picture of progressive congresswoman Rep. Ilhan Omar with the caption “I am the proof you have forgotten.” 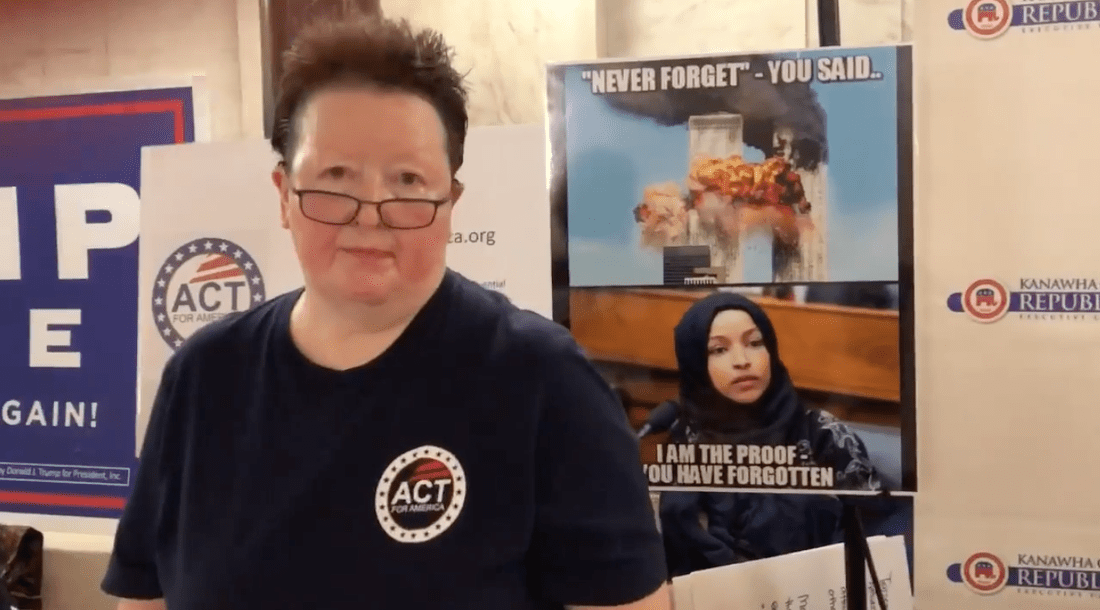 The implication, obviously, is that all Muslims should be punished for what a handful of radical Islamic terrorists did. It’s also suggests Muslims should have no place in political life.

You know. GOP values. Religious freedom only goes so far.

The woman running that table was Brenda Arthur of the anti-Muslim hate group ACT for America. When asked why she put up the sign, she acted like she was the one being persecuted.

That wasn’t even the only awful item on her table.

Also at the booth was a book titled Readin’, Writin’, and Jihadin’ The Islamization of America Public Schools, as [were] pamphlets titled “Islam in a Nutshell The Muslim Brotherhood,” “Interfaith Dialouge or Deception,” and “The Four Stages of Islamic Conquest.”

The bigotry was so awful that Republican House Speaker Roger Hanshaw issued a half-hearted condemnation of it — without mentioning what he was referring to — but even that was something. When a GOP leader says something crossed the line, you know it’s bad.

The West Virginia House of Delegates unequivocally rejects hate in all of its forms. As we began today’s floor session, we had a series of incidents occur in and outside of our Chamber that absolutely do not reflect the character and civility the people of this state demand of their public servants. Leadership of the House of Delegates is currently working to investigate these incidents to learn firsthand the factual basis of what occurred, and will respond with appropriate action.

That’s… a lot of words with little substance. They don’t really reject hate because they continue supporting a party that pushes hateful policies. You can’t celebrate child separation, and a ban on immigration from Muslim nations, and Donald Trump‘s repeated racist comments, then pretend you’re against hate. Hate is the GOP’s brand.

This is the same party that includes State Rep. Eric Porterfield, a man who, just weeks ago, threatened to drown his children if they came out as gay. That same guy said, “The LGBTQ is a modern day version of the Ku Klux Klan.” He’s still in office because the GOP doesn’t care about bigotry. They just hate getting called out for it.

American Atheists, which had a representative attend the GOP event yesterday, issued a statement denouncing the poster. President Nick Fish responded, “Anti-Muslim bigotry has no place in politics. The West Virginia GOP should immediately denounce this hateful attack on religious equality.”

It’s telling that atheists, routinely denounced as hateful, have no problem with religious diversity and opposing religious bigotry. But the GOP, the so-called party of “family values,” is no stranger to this kind of rhetoric. This would be less of a story if this woman was an anomaly. Instead, she’s par for the course, saying out loud what so many elected Republicans believe privately. 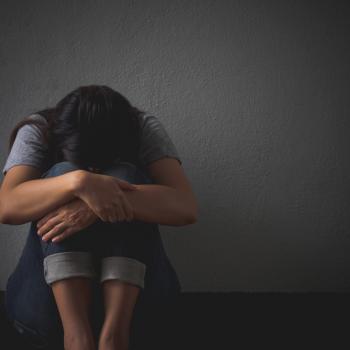 March 1, 2019
The Church of England Doesn't Understand Me Because I'm Intersex, Says Member
Next Post

March 2, 2019 Rather Than Wrestle Girls, a Christian Athlete Forfeited the State Championship
Browse Our Archives
What Are Your Thoughts?leave a comment