Skye Moore, a beloved teacher at the Chapin Baptist Child Development Center in South Carolina, was fired from the pre-kindergarten school last week for no reason other than existing as a gay woman. She received stellar reviews, parents and kids adored her, she loved her job, and her private life was irrelevant to the work she did with the children… at least until Chapin Baptist Church Pastor Michael Hull decided her engagement to another woman made her dispensable.

Brittany Turner was Moore’s direct supervisor, as the former curriculum coordinator for the school, and said she’s questioned the motivation behind the church’s decision. Moore was named “teacher of the month” several times while working at the school, and would stay late or fill in wherever needed, said Turner, who left the Chapin Baptist center in 2018.

“To say she went far and beyond would be an understatement … she was a dedicated teacher and her love for her job was evident,” Turner wrote in an email to The State.

“It is best that I respectfully refrain from making any comments or statements about this matter,” he wrote in an email to The State.

Then I’ll make the comment for him: “My religion hates gay people and we treat their loving relationships as crimes against humanity. I’m a despicable and heartless human being who cares more about pleasing a fake deity than taking care of actual people. All sins are equal, but homosexuality is more equal than the rest. If she wanted to keep her job, she should’ve lied about her personal life.”

Here’s the sad reality: Everyone who knows Moore thinks the world of her… yet even when the church fires her, all of those families are probably going to remain in the bigoted ecosystem of the Baptist church instead of leaving it and taking their money with them. They can express their disappointment all they want, but by remaining in the fold, they’re contributing to the hate. Hull deserves the bulk of the blame, but those families are hardly innocent victims here.

To be clear, the church has every right to fire people based on their sexual orientation. The law certainly permits it. This argument isn’t about what they could do; it’s about what they should do. And this church has chosen to put dogma over dedication. Just to stress how cruel this firing is, Moore has been working at the school for five years, been in her relationship for three years, and wasn’t fired when Hull took over six months ago even though she was engaged at the time. He waited until midway through the school year to kick her out… as if to maximize how many people he could hurt.

As one commenter online noted, Chapin Baptist Church hosts a group for divorced people every week. Divorce is considered a sin in the Bible, yet how many divorced people are fired from this church? What about women who had abortions without telling anyone? What about men who impregnated them (or committed other sins)? Not all sins are visible, and it doesn’t sound like Hull cares about those. Only gay cooties.

The good news is that Moore says she has already received other job offers. This isn’t about her. Her only concern is for the children who might struggle in her absence. That’s because, unlike Hull, she actually cares about these kids.

I would like Michael Hull to know that, because of his personal beliefs, and because of the timing he choose to act on those beliefs, that the lives of 12 children and their parents have been profoundly and negatively affected. The damage that he has done cannot be undone, and he should take responsibility to help these parents and children heal.

She’s too optimistic. He won’t take any responsibility. He’s Baptist; the anti-gay cruelty is baked into the religion.

But if the other parents are actually upset by what happened, they should consider leaving that school and sending their kids to wherever Moore is working next. 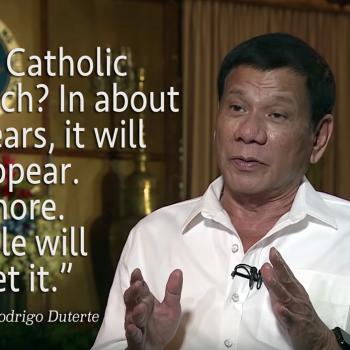 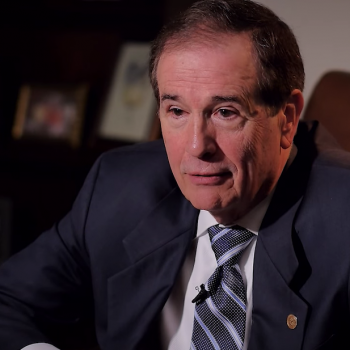