If you’re driving to Colorado from Utah, you’ll be greeted by a surprising new billboard that reads, “Welcome to Colorado, where you can get a safe, legal abortion.”

Madeleine Schmidt at Rewire.News explains how and why it got there:

Billboard advertising has long been a tool of the anti-choice movement, but pro-choice advocates have recently hit back with billboards of their own. The Colorado billboard, paid for by pro-choice group ProgressNow Colorado, sheds light on how the state acts as a safe haven for people seeking abortion care from neighboring states, where Republican-majority legislatures are hostile to reproductive rights.

While Colorado has few restrictions on abortion, Republican lawmakers in surrounding states including Utah, Kansas, Wyoming, Nebraska, Texas, and Oklahoma have made it difficult to access the procedure. Laws targeting abortion providers in Texas, for example, have led to widespread clinic closures.

In short, Colorado is where many women in surrounding states go when they need abortions because their own states have made it too burdensome. As those restrictions continue, women will resort to other measures to obtain the procedure. If those options go away, there’s no telling what those women will have to do. But their suffering will be ignored by the people who call themselves “pro-life.”

If only those other lawmakers could put the same amount of energy into government policies that feed, educate, and house low-income families. Or promote comprehensive sex education. Or make sure birth control is free and accessible.

Closing abortion clinics increases the chances of both the mother and her fetus dying from illegal and unsanitary back-alley procedures. 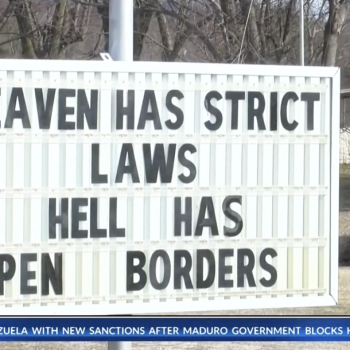 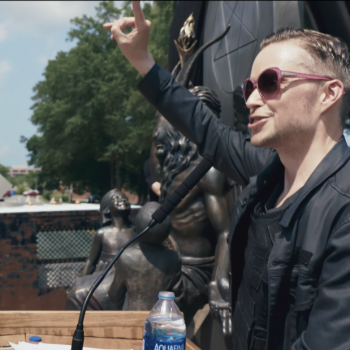 February 27, 2019 Here's the Trailer for Hail Satan?, a Film About The Satanic Temple
Browse Our Archives
What Are Your Thoughts?leave a comment