On last night’s episode of The Ingraham Angle on FOX News, Laura Ingraham delivered the party line about how a Giant Christian Cross in Bladensburg, Maryland, despite being maintained with public funds, is somehow not a government endorsement of Christianity.

Her guest, however, was someone who could calmly and coherently explain why the American Humanist Association’s position on the Cross, which the Supreme Court will hear tomorrow, is perfectly sensible. Sarah Henry, the AHA’s Communications Associate, made it clear how her group’s goal isn’t to tear down the corss or disrespect troops. They just don’t want the government funding this Christian monument.

At least, that’s what she said when Ingraham wasn’t interrupting her. The segment begins around the 30:01 mark:

Listen to how Ingraham keeps asking how the Giant Christian Cross hurts the plaintiffs. As if a constant reminder from the government that your beliefs aren’t as worthy as those of the Christian majority isn’t enough. As if you have to physically vomit at the sight of a Christian symbol before anyone takes your principled opposition seriously. As if a private Christian symbol — like her cross necklace — is supposed to offend atheists in the same way.

Sarah never took that bait. She just answered the questions in a way that suggested she understood the stakes and the issues far more than Ingraham, who actually graduated from law school but can’t seem to wrap her mind around the Establishment Clause. 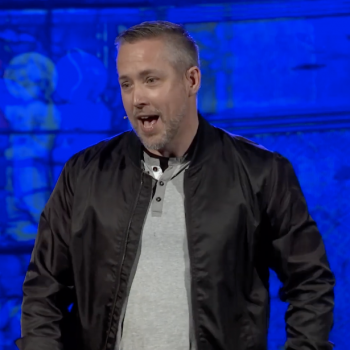 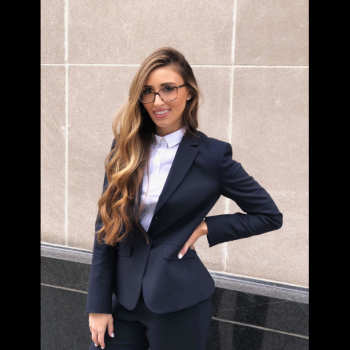