Jim Bakker: Donald Trump Has Been Spiritually “Saved So Many Times”

Televangelist Jim Bakker said on his show yesterday that Donald Trump has been saved “so many times” since becoming president… which, if my understanding is correct, could only happen if he lied about getting “saved” all those earlier times.

“He wants to please God,” Bakker said of Trump. “He’s not perfect, none of us are perfect, but he is being taught and mentored and prayed with more than probably any president in the history of the United States of America. When he flies, he has pastors with him. When he’s in the White House, he has pastors with him. I personally know people who have led him to Christ. He’s been saved so many times that — I’ll tell you what — if it counts, he’s got more numbers than anybody I know of. And I’m serious.”

If Trump has pastors in close vicinity, there’s a good reason for it, and it’s not because he’s trying to find God. It’s because those pastors have authority with his ever-shrinking base. By keeping the pastors close, he keeps the base closer. (Plus, it takes a lot of middlemen to deliver all that hush money to adult film stars you have affairs with.)

Bakker’s comments really don’t reflect well on those “people” — plural! — who allegedly led Trump to Christ, given that his whole presidency has been one cruel tragedy after another.

I suppose it takes a convicted felon to see a kindred spirit. 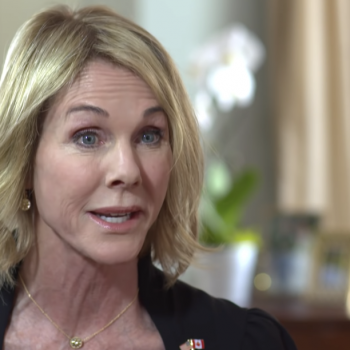 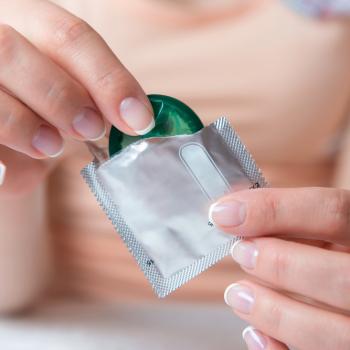 February 23, 2019 A Colorado Bill Would Ban Public Schools from Teaching Abstinence-Only Sex Ed
Browse Our Archives
What Are Your Thoughts?leave a comment