Pat Robertson: The “Homosexual Agenda” Wants You to Think Jesus Was Gay

On today’s episode of The 700 Club, Pat Robertson was asked whether Jesus was gay, a theory that’s been thrown out there over the years but never really taken all that seriously. Those who suggest it point to a Bible passage that talks about a “disciple whom Jesus loved”… or joke about how the unmarried Jesus hung out with all those men.

Robertson didn’t address any of that, though. Instead, he argued that (1) Jesus wasn’t gay, and (2) the whole thing was a “lie from the devil” created by LGBTQ people. Or, as he put it, “L… G… B… all those numbers.”

… You know, I hate to say it, but the homosexual agenda has gotten so pervasive, it is taking the thought processes of colleges, universities, all the way up and down the line, the bathrooms, and all the transgender, and so forth.

And I just think it is a lie from the devil. Jesus Christ, you know, was the perfect man. He never sinned in the whole time that He lived. And He obviously wasn’t engaged with any relationship with any fellow man. And there’s no support for that in the Bible whatsoever. Nothing in history. Nothing whatsoever. But it is a fiction that is created by the tiny minority who are in that L.. G…B… all those numbers.

Yeah! Thank you! The “Q” for “queer” at the end! Okay! But that’s what it is. There’s no foundation whatsoever.

I guess that settles it. Jesus was straight. And cis. And He loved you, but not like that. And the devil made this rumor up. And so did gay people. And trans people aren’t allowed to pee. And letters are numbers.

Here’s the better question: Who the hell are these people who ask Pat Robertson for advice? 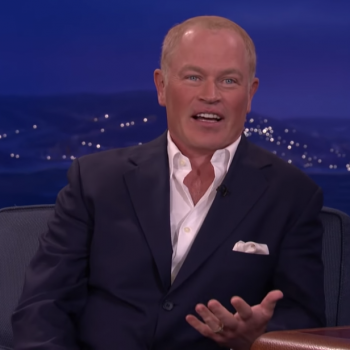 February 21, 2019
Christian Actor Says He's Lost Roles and Money for Being Faithful to His Wife
Next Post 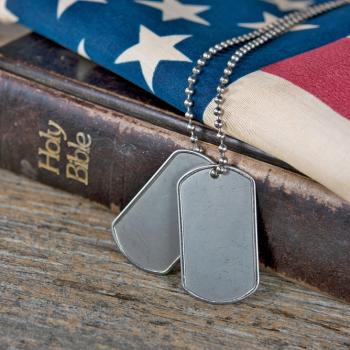