A new billboard in Chicago encourages people to leave the Catholic Church and “value children over dogma.” 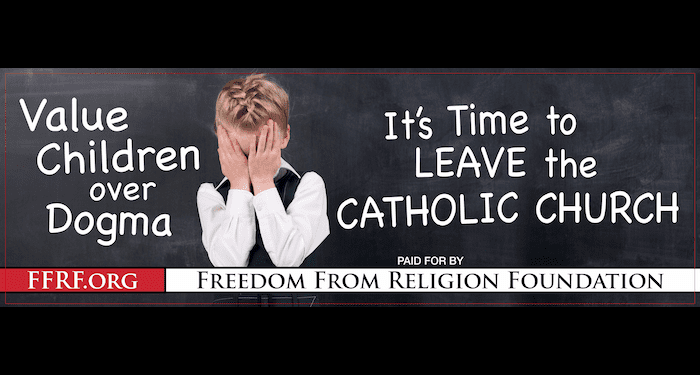 The Freedom From Religion Foundation’s text may not even be the most interesting thing about the ad. It was actually paid for by a victim of sexual abuse at the hands of a Catholic priest… with the settlement money he received from his diocese.

The billboard went up yesterday on the Kennedy Expressway west of Montrose and will be up for another month.

It couldn’t come at a better time. As we learned in December, the Attorney General’s office is investigating abuse in the Church and announced that the state’s six dioceses had been covering up allegations involving more than 500 priests and other clergy members. Another 185 priests credibly accused of abuse had already been publicly identified by the Church.

Since the Church can’t police itself, it’s up to Catholics to force their hand by walking out and taking their money with them. It’s the only way the harm against children will ever be taken seriously. 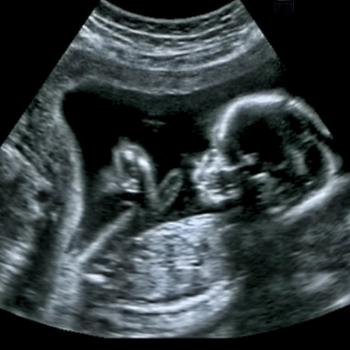 February 19, 2019
Christian Group to Show 4-D Ultrasounds in NYC as Part of Anti-Abortion Campaign
Next Post 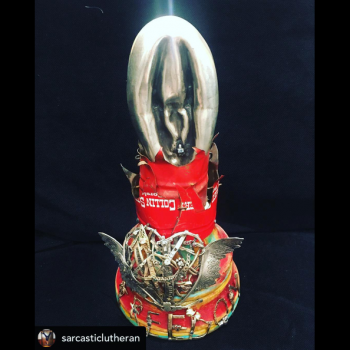 February 19, 2019 At Long Last, These Old Purity Rings Were Turned Into a Golden Vagina
Browse Our Archives
What Are Your Thoughts?leave a comment