It’s never a good time to be a complementarian — that is, someone who believes that men and women have distinct God-ordained roles… effectively limiting what women can do with their lives.

It’s especially rough when you’re a complementarian on Twitter, where your words can go beyond the Christian bubble, creating fodder for critics who see it as a perfect example of religion run amok.

Self-described theologian Seth Dunn is a complementarian who believes one of those God-ordained roles is that men — and only men — can be pastors. Dunn explained on Twitter this week that the real tragedy behind the sexual abuse within Southern Baptist churches has nothing to do with a lack of accountability or victim-blaming.

He says the real problem with churches today is… female pastors. And because he said this on Twitter, he found a way to make everything even worse.

I submit that a woman who claims to be a pastor is (theologically) just as a bad as a sex offender who is hired as a pastor.

Needless to say, it’s because of this mindset — that puts specific sexist doctrinal interpretations above any kind of common sense — that abuse cases in churches rarely get taken seriously. (In this case, the “doctrine” of male-only pastors is circumstantial at best; there are Christian organizations and scholars who present credible cases for why the Bible permits women to lead churches.)

Twitter, as usual, did not disappoint in its utter desolation of Dunn’s tweet. (If he wasn’t aware of what getting ratioed meant, he sure understands now.)

Hi Seth. In your honor I've made a donation to the Young Clergy Women International @ycwomen using the tithe from the check I received guest preaching this past Sunday. I'll also donate to SNAP. Thanks for the nudge!

You are a truly sick person. Jesus save us from creeps like you.

Poor Dunn felt so persecuted, he responded with this post:

It is almost 100% outrage culture without one shred of a biblical argument or reason…just anger.

There are a lot of baptists out there today with PR concerns over people who hated God yesterday and will hate him tommorow.

Twitter wasn’t having that, either. (Even his response got ratioed!)

slavery is biblical. Owning women is biblical. Keeping concubines and raping them is biblical. And they're all illegal. You'll pardon me if I don't take "biblical" as a guide for *right* because the Bible has some awful things in it.

Yup. Being “biblical” and being “Christ-like” are two separate things.

But like any good misogynist, rather than confront his critics with humility, he doubled down on his anti-woman rhetoric:

Saying "Male pastor" is a bit like saying "canine dog".

As if there is any other kind.

This is what it looks like when a Christian throws a softball to atheists.

Meanwhile, there are scores of church abuse victims waiting to be taken seriously so they can have a shot at receiving justice. People like Dunn are never going to be their champions. 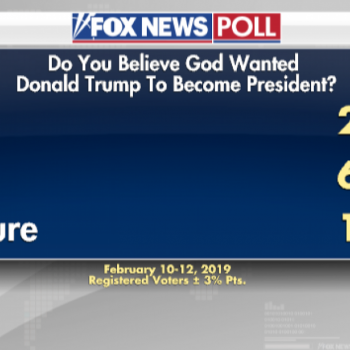