The investigation is over. A report has been issued into what happened when the MAGA hat-wearing boys of Covington Catholic High School had a run-in with a Native American man after the March for Life event last month. The report, commissioned by the Diocese of Covington and the high school, and conducted by a third party, found that there’s no evidence whatsoever of “racist or offensive statements” made by the boys.

Which means they’re completely overlooking the symbolism of the MAGA hats some of the boys chose to wear along with the tomahawk chops they made in the direction of Nathan Phillips. 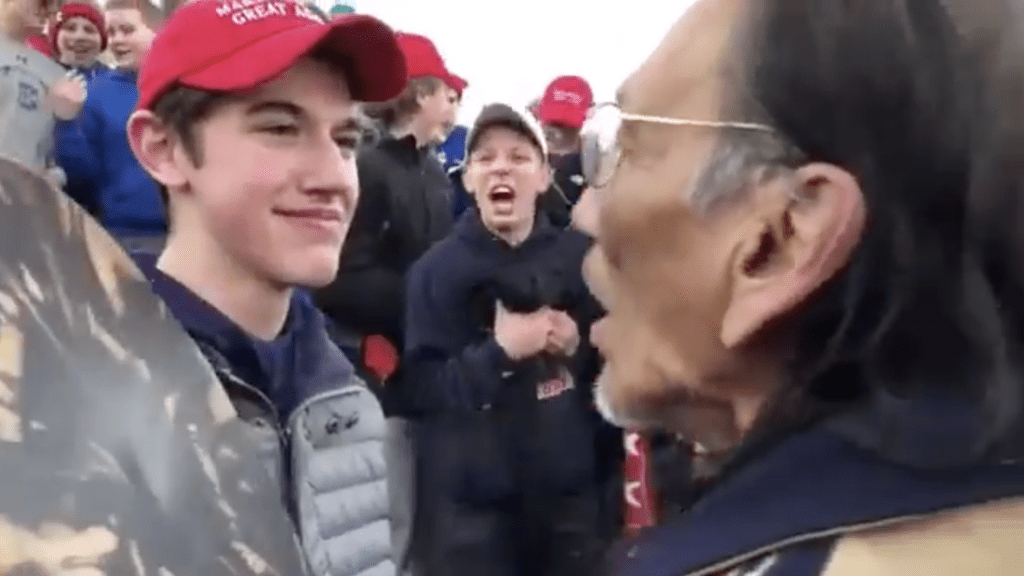 It didn’t help that the investigators only spoke to people associated with Covington in addition to watching the same YouTube videos everyone else saw for the majority of their deep dive. They said they reached out to Phillips in a number of ways but he didn’t get in touch with them. They also couldn’t speak with Nick Sandmann, the student whose apparent smirk went viral.

The Church is, not surprisingly, relieved by the report:

The Bishop of Covington welcomed the report in a statement on the diocese’s website. Roger Foys wrote that he was pleased “that my hope and expectation expressed in my letter to you of 25 January that the results of our inquiry … would ‘exonerate our students so that they can move forward with their lives’ has been realized.”

To be clear, the report doesn’t “exonerate” them so much as it doesn’t find evidence they were as awful as people claimed. It’s the difference between being found “Not guilty” versus “Innocent.” Even if initial reactions about the students were skewed, there’s plenty of blame to go around, none of which you’ll read in the report.

More importantly, the report doesn’t offer any suggestions for how to prevent these problems in the future. There’s no suggestion to avoid political messages on school-sponsored trips. There’s no call for chaperones to take quicker action in these situations. There’s no proposal for a change in the curriculum so students are better educated about Native American issues (not to mention the problems with painting yourself black in the name of school spirit).

Perhaps that’s outside the scope of the investigation, but other than letting the people who paid the bill for the report off the hook, there’s not much in here that would prevent a similar situation next year.

So what’s the point? Did the boys or their school learn anything? How will they change their own actions moving forward?

As much as the Diocese wants to sweep all of this under a rug, they would be wise to acknowledge their own failings regardless of what the report says. Instead, Bishop Roger Foys treats the children as perfectly innocent passive victims of a worldwide lynch mob, even going so far as to say the kids actions that day were “expected and one might even say laudatory.”

It’s not that anyone should be looking to the Catholic Church for moral clarity, but their inability to admit any wrongdoing in this situation is appalling — and a horrible lesson to teach the boys.

February 13, 2019
New TBS Series "Miracle Workers" is Like "The Office" Set in Heaven, and It’s a Hoot
Next Post 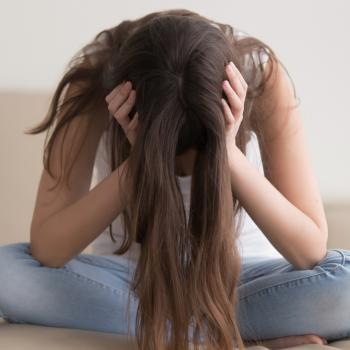