WV GOP Legislator Says If His Kids Were Gay, He’d See if They “Could Swim” February 12, 2019 Hemant Mehta

WV GOP Legislator Says If His Kids Were Gay, He’d See if They “Could Swim” 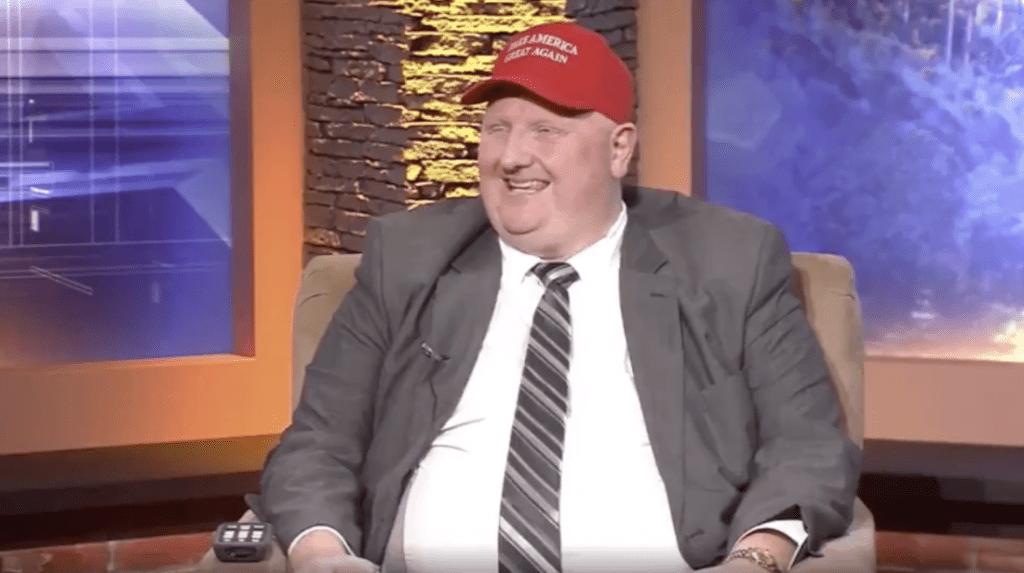 Porterfield previously said “The LGBT is the most socialist group in this country,” “The LGBTQ is a modern day version of the Ku Klux Klan,” and that the gay community was a “terrorist group.”

How the hell do you sink even lower than that?

The independent fundamentalist Baptist preacher was asked in an interview how he would respond if his kids came out to him as gay. He responded by joking about how he would try to drown them.

What would Del. Porterfield do if his son thinks he's gay or if his daughter thinks she's a lesbian? He would "see if they can swim." It's disturbing how quickly the WVVA reporter moves on. pic.twitter.com/ESb3EswfZz

“Well, I would dress my daughter first, as I would take her for a pedicure, I’d take her to get her nails done, and see if she could swim,” Porterfield, who was elected to the West Virginia House in November, said as he smiled.

“If it was my son, I would probably take him hunting, I would take him fishing, then I’d see if he could swim,” Porterfield, wearing a MAGA hat, replied without hesitation.

He continued to grin as the reporter, somewhat shocked, paused, then asked him to clarify.

“I just want to make sure they could swim,” he repeated when questioned, continuing to grin.

That’s some creepy Christian death-cult shit right there. It’s like he thinks playing into gender stereotypes would cure them of their homosexuality, but just to be sure, he’d throw them into the water.

What does that mean? It’s not clear because the reporter didn’t continue pressing him on his response. But it appears to be a weird reference to literal witch hunts, when accused witches were tossed into water. If they floated, it “proved” they were witches. If they drowned, oops, they must have been innocent. Does that mean Porterfield is hoping his kids would drown…? WHO KNOWS?!

But he’s wearing the bigot hat, so he doesn’t get any benefit of the doubt here.

The Charlotte Gazette-Mail didn’t pull any punches, either, writing in an editorial that Porterfield “as bad as you think; he’s worse.”

What Porterfield really wants is for everyone to think like him. He can’t understand why everyone won’t wake up and see what he thinks is happening. If he can’t openly discriminate against what’s not normal to him, or, worse, the people he’d like to discriminate against have the audacity to fight for their basic rights, surely the sky must be falling.

Sadly, Porterfield is only the loudest of those who share his views. Other legislators voted with him, and he didn’t get into office without a constituency. Porterfield should school up or step down. In the meantime, he’s a perfect example of why West Virginia needs to add protections for the LGBTQ community into its own discrimination law.

They’re too kind. He’s a Christian bigot who thinks gay people deserve to die. If that’s the incorrect interpretation of his creepy-evil rhetoric, then he should clarify what he meant without offering an even creepier grin. 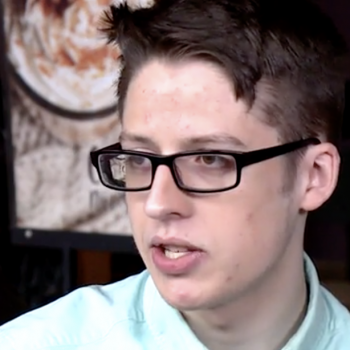 February 12, 2019
Child of Anti-Vaxxers Turns 18, Calls Parents "Illogical," and Gets His Shots
Next Post

February 12, 2019 2019 Darwin Day Resolutions Have Been Filed in Both the House and Senate
Browse Our Archives
What Are Your Thoughts?leave a comment