Hegseth informed Fox & Friends viewers yesterday that he hasn’t washed his hands since about 2009.

"As I told you my 2019 resolution is to say things on air that I say off air. I don’t think I’ve washed my hands for 10 years. Really I don’t really wash my hands."

"Germs are not a real thing. I can’t see them, therefore they’re not real." pic.twitter.com/Ae1nDbN7qn

The revelation came after co-hosts Ed Henry and Jedediah Bila questioned Hegseth’s off-camera consumption of pizza left out after National Pizza Day Saturday. Hegseth had argued that pizza “lasts for a long time.”

Bila then quipped Hegseth “might take a chomp out of” anything on a table “that’s not nailed down” — including mugs.

“My 2019 resolution is to say things on air that I say off air… I don’t think I’ve washed my hands for 10 years. Really, I don’t really wash my hands ever,” Hegseth continued, prompting laughter from his co-hosts.

“I inoculate myself. Germs are not a real thing. I can’t see them. Therefore they’re not real,” Hegseth said,

… while his half-amused on-air colleagues protested.

Incidentally, among the other things that aren’t real because we can’t see them are gravity, electricity, and Hegseth’s brain.

After the show, the FOX presenter doubled down on his vomitous practice by tweeting the advice #DontWash; although this morning he affirmed that he’d been “pretty clearly joking.”

According to the Centers for Disease Control, frequent hand-washing cuts down greatly on the spread of diarrheal and respiratory illness, especially after people handle raw meat or use the bathroom. The CDC says that

… A single gram of human feces — which is about the weight of a paper clip — can contain one trillion germs.

Nevertheless, one pretty horrifying study found that up to 50 percent of Americans don’t wash their hands after using a public restroom.

As for Hegseth, prior to making half the nation go eeeeew, he was best known for hitting a bystander with an axe on live TV. Blade goes in, blade goes out, you can’t explain that. 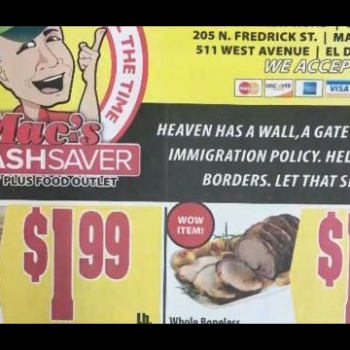 February 11, 2019
"Heaven Has a Wall," Says Ad for Christian-Owned Grocery Store
Next Post 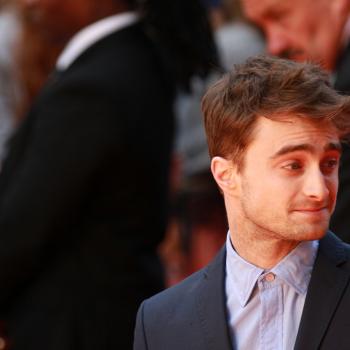