During a meeting of the Durham City Council earlier this week, 10-year-old Liam Holmes kneeled during his Cub Scout troop’s recitation of the Pledge of Allegiance.

Holmes said he kneeled “against racial discrimination, which is basically when people are mean to other people of different colors.” It was his decision alone. While he told his father about it ahead of time, even Scott Holmes was surprised he actually went through with it.

While Mayor Steve Schewel politely thanked him for his peaceful protest, other sensible reactions were hard to find.

“It just blew my mind that this was Cub Scouts and politics,” said Brandon LaRoque, a lifelong scout and veteran.

“Part of the scout oath is to God and your country, and I understand people have the right to freedom of speech. I just don’t understand why it has to be during the Pledge of Allegiance,” LaRoque said.

The veteran doesn’t seem to understand that protesting over the worst aspects of your country in order to make it better is far more patriotic than blindly pledging allegiance to it. That’s precisely when people should be protesting — during those ritualistic acts where we’re all supposed to lie about how perfect our country is and how there’s “liberty and justice for all.”

This kid gets it. Why don’t all these adults? 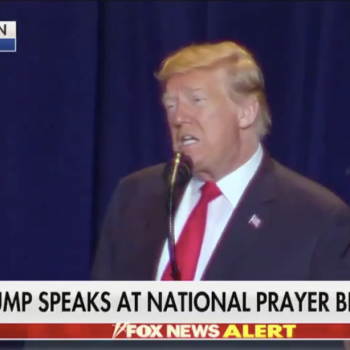 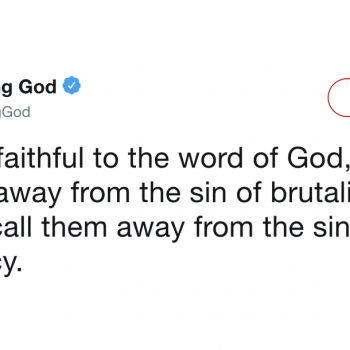 February 7, 2019 Christian Website Implies That Men Acting "Effeminate" Won't Get Into Heaven
Browse Our Archives
What Are Your Thoughts?leave a comment