Hundreds Volunteer to Clean up Hindu Temple Vandalized by Christian

Hundreds of people from all religious backgrounds showed up on Saturday to clean up a Hindu temple in Kentucky that was vandalized with Christian crosses and hate speech. 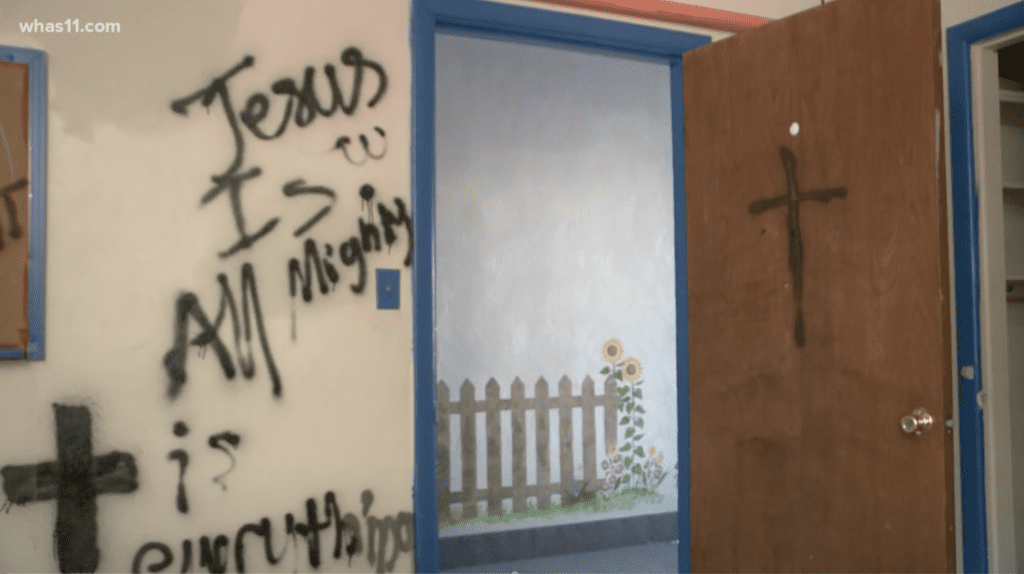 We covered this story when it was reported that a 17-year-old white male was under arrest for the religiously motivated act of petty vandalism. He was charged with first-degree criminal mischief and third-degree burglary.

Right after the incident, there was an outpouring of support. In fact, the Hindu temple leaders said they expected 100 people — including those from the Christian and Muslim communities — to help clean up.

It turns out that even more came to help and there was even more religious diversity than expected. (It’s not clear from news reports if the non-religious were included in the mix.)

Hundreds of people of all ages, faiths and backgrounds spent their Saturday morning at the Swaminarayan Temple, armed with cleaning supplies, days after the Hindu temple on Bardstown Road was broken into and vandalized.

“We may not have as much work as the number of people here, but we will make sure we do our best to make sure everyone gets a chance to have some paint to erase the hate,” Raj Patel, a member of the temple, said.

Police arrested a 17-year-old in connection with the vandalism at the temple, which included spray point defacing images of a Hindu god and the temple walls with some messages that included references to Jesus and God and some that were vulgar and racist, meant to instill fear but instead creating unity.

Even people who have normally found themselves on opposite sides of disagreements, like Attorney General Andy Beshear and Governor Matt Bevin, shared a moment as they came together to take a stand with the people of the temple.

It’s great to see this kind of unity in the face of a despicable act (though it shouldn’t have taken such an act to make it happen). It would be even better if the people who routinely sow seeds of religious bigotry denounced those actions — and emphasized how non-Christians matter, too, when speaking about “religious freedom.” Still, I’m grateful to everyone who pitched in to help. Because of the numbers of volunteers, the graffiti was erased in no time.

With all the people helping out, the work was finished quickly, so much so that volunteers starting working on freshening up other parts of the Hindu Temple.

“We’ve repaired more than what we needed to from a building perspective. We’ve repaired the hope and hearts of everyone,” Patel said. “Anyone is welcome to come to our temple any time they want. They’ll feel welcome. They’ll be fed. That’s our philosophy and we’ll do that.”

This is exactly the type of news story we need right now. 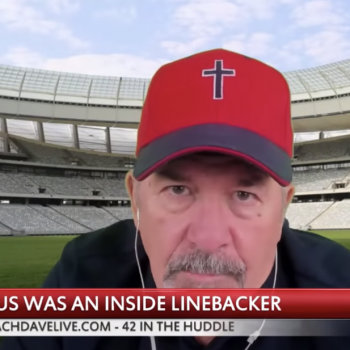 February 3, 2019
Dave Daubenmire: Jesus Would Have Been an Inside Linebacker on a Football Team
Next Post 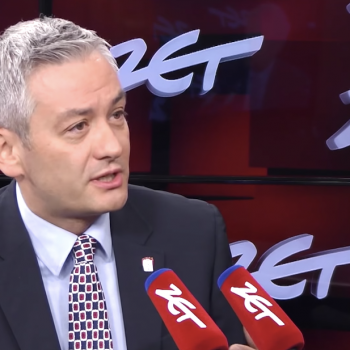