Dave Daubenmire: Jesus Would Have Been an Inside Linebacker on a Football Team February 3, 2019 Hemant Mehta

Dave Daubenmire: Jesus Would Have Been an Inside Linebacker on a Football Team

I know atheists often roll their eyes at certain theological debates, as if it’s possible to discern what Jesus thought about topics that weren’t around thousands of years ago, but this is a new one for me: What position would Jesus play on a football team?

Don’t worry. “Coach” Dave Daubenmire has you covered. Jesus would be an inside linebacker. And the pastors who treat Jesus like a sissy volleyball player are doing a disservice to the faith.

Glad that’s settled. Jesus was apparently every player on the team except the punter. Because that would just be silly. 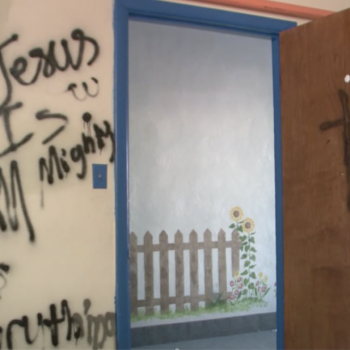 February 3, 2019 Hundreds Volunteer to Clean up Hindu Temple Vandalized by Christian
Browse Our Archives
What Are Your Thoughts?leave a comment