There’s long been a conspiracy theory among vaccine skeptics that vaccines are made with aborted babies.

In fact, human cell lines are used to make some vaccines and a couple of them were developed using fetal tissue that originated several decades ago. As Dr. David Gorski wrote at Science-Based Medicine, it’s not like scientists are “aborting fetuses left and right just to grind them up to make vaccines (presumably twirling their mustaches and cackling evilly as they slice and dice them).”

“Coach” Dave Daubenmire, the right-wing Christian activist who recently said his show injects “Christian testosterone” into your body, didn’t get the memo. 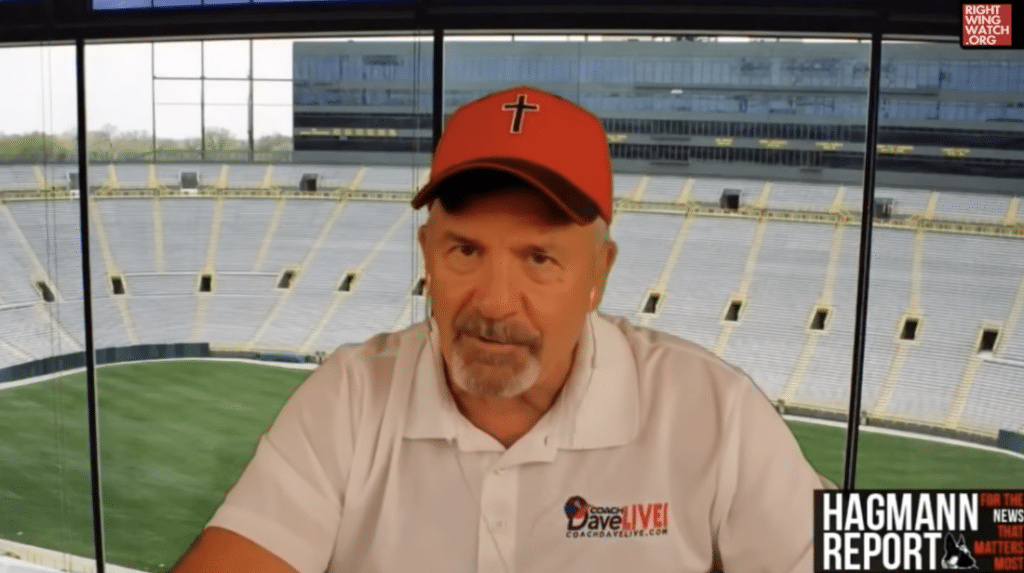 In a recent article at Barb Wire, Daubenmire took that conspiracy theory and ramped it up for his audience, claiming that we are eating our children. It’s not just in vaccines; he says aborted fetuses are being used as flavoring in food, a claim that (wait for it) has also been debunked.

Abortion is BIG BUSINESS and the government is actively involved in the promotion of research involving the use of “fetal tissue.” (That is a nice term for aborted babies.) Ever wonder where they get the fetal tissue?

And what might they be using these aborted children for? Why food supplements, additives, sweeteners…and other things that human beings ingest. Yep, you read that right. Ingest is another slick term for eat.

I didn’t finish at the top of my class but I was pretty good in English and I believe that ingesting fetal tissue would be classified as cannibalism. Just in case you don’t like my tin-foil-hat the dictionary defines cannibalism as “The act or practice of eating human flesh, by mankind.” Yep, we are eating our offspring.

I often hear the refrain from pro-cannibalists “How does my abortion affect you? It is none of your business what I do with my body.” Accept it does affect me when I swallow little Suzie’s DNA in a soft drink.

I can’t believe that guy didn’t finish at the top of his class. I mean, he knows the definitions of “ingest” and “cannibalism”… even if he’s still working on the spelling of “except.”

You are what you eat!! Remember that phrase? I wonder what we become when we eat the DNA of another human being. Could that explain the big-butted women I see when I go to Wal Mart?

No. No it cannot.

Have you ever heard of DNA? Is it possible to alter the DNA of one human being by the introduction of another human being’s DNA into one’s body? Did you know that studies now show that it is possible a woman maintains within her body the DNA of every man she ever had intercourse with? Oh Yeah. Here’s the link. Planned Parenthood didn’t tell you about that study in Sex Ed class in your public school?

I don’t even know what he’s prattling on about, except that it’s a mix of conspiracies, grammar mistakes, and the unearned confidence of a man who wrongly assumes he’s always the smartest guy in the room. It’s a hilarious read that would be funnier if people even dumber than he is weren’t taking it seriously.

(Thanks to Damien for the link) 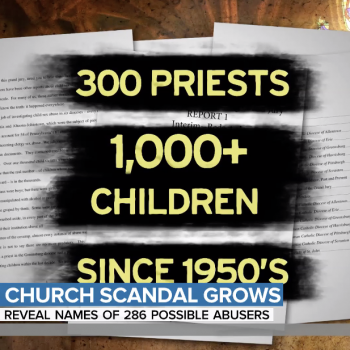 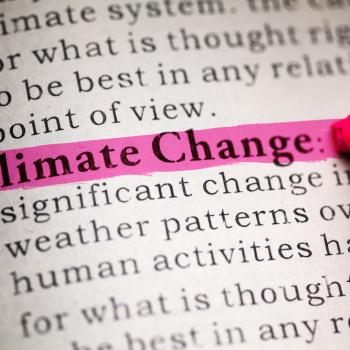 February 2, 2019 SD Resolution Would Prevent Teachers from Discussing Climate Change in Class
Browse Our Archives
What Are Your Thoughts?leave a comment