A Donald Trump supporter with a gun was escorted by police out of a Drag Queen Storytime event he was protesting at a library in Texas. Afterwards, he claimed there are “a bunch of homosexuals that are molesting children.” 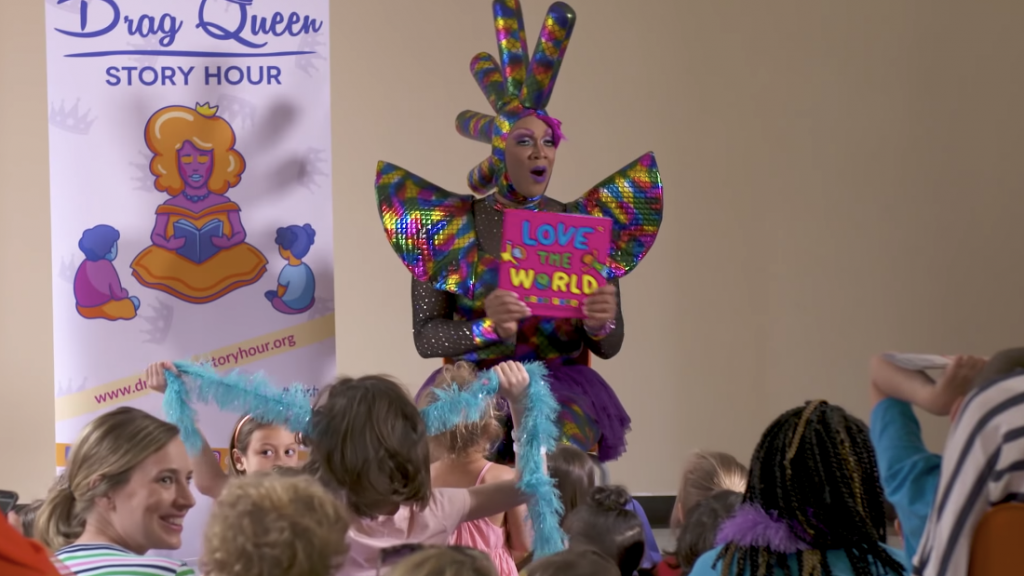 The man who trespassed during the event at Freed-Montrose Library in Houston had previously been banned from the facility.

James “Doc” Greene Sr., who was issued a trespassing warning last month by the Houston Public Library (HPL) stating he could no longer visit its Montrose location, was detained, disarmed, and escorted out by police on Saturday, Jan. 26, for entering the building and refusing to leave.

Jodi Silva, a spokesperson for the Houston Police Department, said Greene entered the library branch at 1:45 p.m., about 15 minutes before its monthly storytime that features drag queens reading picture books to children and their parents. Library management requested police intervention when Greene would not leave the building.

“A manager asked us for assistance because [Greene] was banned from the library, and would not leave when he was asked,” Silva says. “He was previously banned for filming children at the library, and has been known to cause disturbances. Several officers had to escort him out.”

Greene was handcuffed, and his concealed weapon was collected in a parking lot outside of the library after he refused to cooperate with police. The man then complained of chest pains after he was put in a police vehicle.

To summarize: A man who was previously banned from the library for filming young children also happens to have a problem with people being gay. He then took a gun to protest an educational event all because of his prejudices.

Greene, a conservative radio show host, recorded the entire interaction with police and streamed it all live. He falsely claimed that he was “arrested for being a Christian.” You can watch that video on YouTube here.

At the start of the video, Greene is inside the library surrounded by around seven police officers. He repeatedly asks a library worker for her name and the reason why he is being asked to leave the library…

Another officer then shows Greene the HPL’s affidavit filed last month, stating that he was banned from the library for recording inside. Greene then gets escorted outside to the library’s parking garage.

“We have a bunch of homosexuals that are molesting children,” Greene says in the garage. “They are doing it with your help.”

Greene’s YouTube video then cuts off, but he continued to stream the incident on Facebook. The clip shows Greene refusing to go to his car when police ask. He then gets put into handcuffs.

Good on the police for ending this situation peacefully. Considering his behavior, and the fact that he was armed, things could have been much worse. The most dangerous person in that library was the self-proclaimed vigilante, not the storytellers. What’s scary is that these incidents may become more commonplace as conservatives continue spreading lies about how these storytime events are somehow destroying society.