Survey: Actively Religious People Are Happier (But That’s Not the Whole Story)

A new survey out from the Pew Research Center shows that people who are actively involved in a religious congregation are happier and more civically engaged than people who are not religious or infrequent churchgoers.

In the United States specifically, 36% of actively religious people said they were “very happy” compared to only 25% of “unaffiliated” or “inactive” churchgoers. 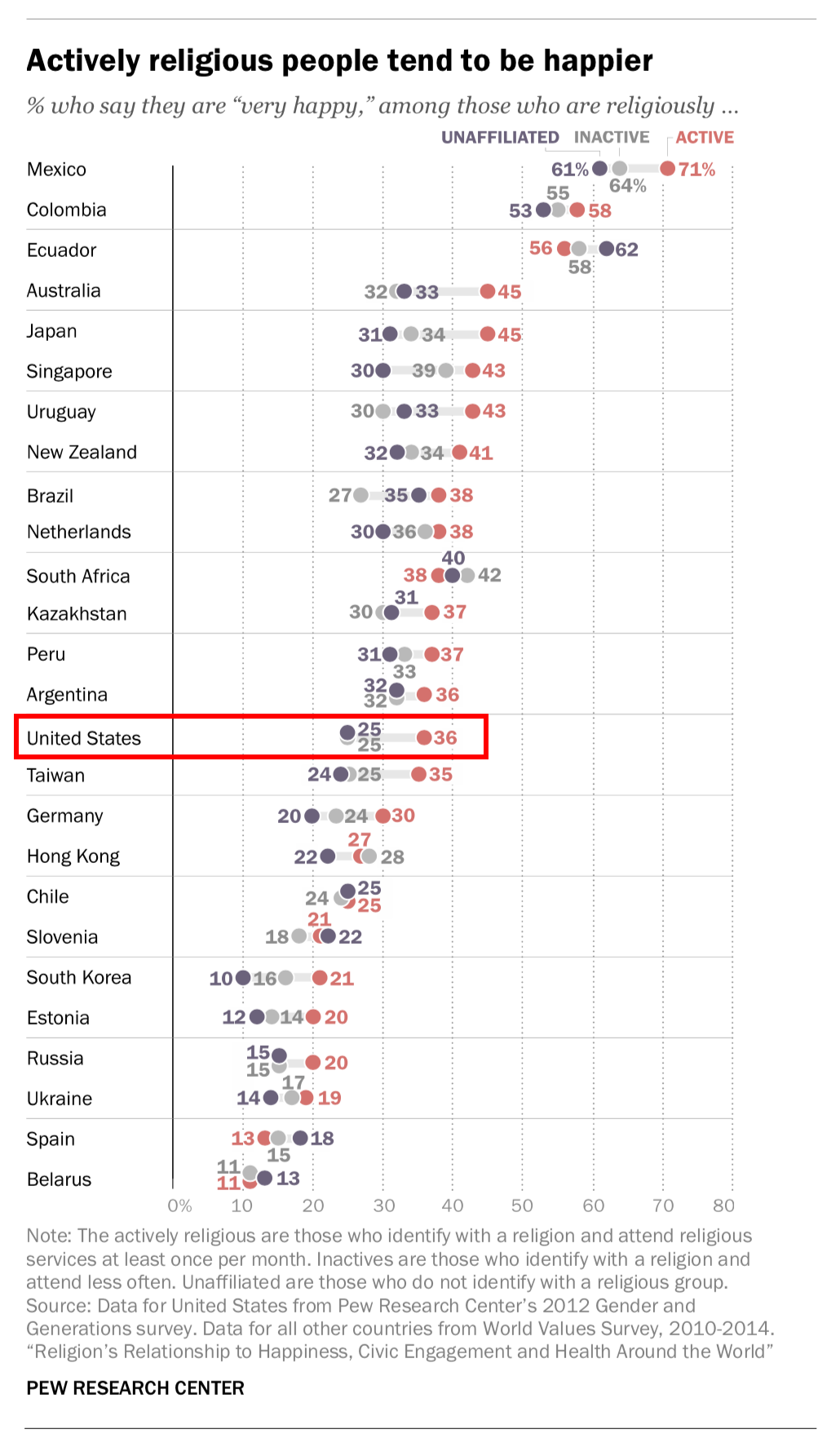 All of that may be true, but as Pew points out, it doesn’t mean there’s a benefit to religion or that any particular religion is true.

… While the data presented in this report indicate that there are links between religious activity and certain measures of well-being in many countries, the numbers do not prove that going to religious services is directly responsible for improving people’s lives. Rather, it could be that certain kinds of people tend to be active in multiple types of activities (secular as well as religious), many of which may provide physical or psychological benefits. Moreover, such people may be more active partly because they are happier and healthier, rather than the other way around.

To put it another way, people who are passionate enough about something to devote time and energy and even money to it — whether it’s church, sports, clubs, community video games, or anything else where they interact with other people — are likely to be happier. Religions provide people with a built-in community. But so do plenty of other things that don’t involve believing in nonsense.

And this study doesn’t take into account the intangible harms that come from being part of certain religious organizations, including the feelings of guilt and bigotry towards outsiders. The actively religious may be less likely to smoke or drink, as indicated in this study, but their minds aren’t necessarily clean.

The study also mentions that actively religious people are also more likely to be voters. But again, the problem here isn’t being non-religious. It’s being apathetic. When people are passionate about something, especially about causes, their civic pride can’t help but be part of the mix. I would guess those who donate to issue-orientated organizations are also more likely to vote.

Remember all this whenever someone says religion makes you happier. That’s a distortion of these results. There’s a correlation, not causation. And there are so many important factors that aren’t included in studies like these.

January 31, 2019
Kentucky's Governor Gave Away a Historic State Park, For Free, to a Church
Next Post 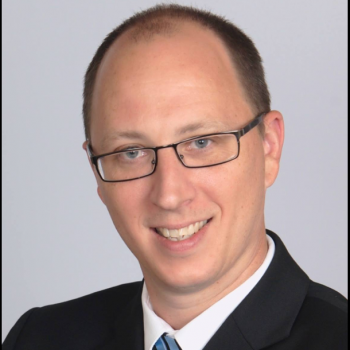 January 31, 2019 Candidate for Mayor of Rome (NY) Wants To Make It a "City of God"
Browse Our Archives
What Are Your Thoughts?leave a comment