It’s nice when conservative Christian groups finally catch on to facts that the rest of us learned a long time ago — but better late than never, I guess.

Southern Baptist Convention President J.D. Greear confirmed in a podcast that white privilege is, in fact, a real thing. Congratulations, Southern Baptists. You’re finally admitting that being white in the U.S. has its benefits. 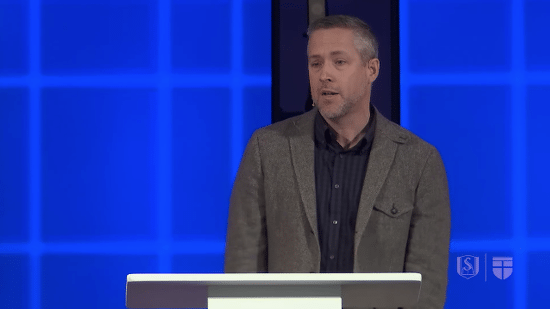 “By God’s grace we have access to the same laws and officially the same rights, and we’re grateful for the things that have changed in our history to lead to that, but still there’s this kind of invisible set of assets that I get from being part of the majority culture,” Greear, pastor of The Summit Church in Raleigh-Durham, North Carolina, said in an installment of his Ask Me Anything podcast series.

“When I get pulled over by the police… — and I’ve been pulled over a number of times for traffic incidents — I’ve never one time questioned whether or not it was because of my race,” said Greear, who is white. “Every person of color I know has some story that goes back to this happening where it appeared that there was a lot of questioning that was being given to them because they were a certain race.”

“There is a clerk following you in the store, because they assume you’re maybe going to steal something,” he cited another example. “Several of our friends here talk about that still happening with them.”

I don’t have anything to criticize or add to his words — Greear is pretty spot-on.

I’m just wondering why there was such a delay in coming to this realization, when many Christians in his circle have decried the Black Lives Matter movement as racist and blamed young boys for their own murders at the hands of police because they were deemed “thugs.”

“As a Christian — whether you adopt more of a progressive or a conservative approach — you can care about this issue and want to see all people in our culture treated with dignity and experience the same privileges that any of us experience,” he said.

The only thing I wish Greear had added was that Jesus was likely brown-skinned and Arab-looking — the kind of person that many conservatives might look at and yell, “Go back to your own country.”

The irony is that while he’s finally catching up on racial injustice, Greear signed the Nashville Statement, which rejects rights for LGBTQ people and doesn’t even acknowledge the existence of trans people. How long will it take before he accepts that bigotry is wrong in all forms? 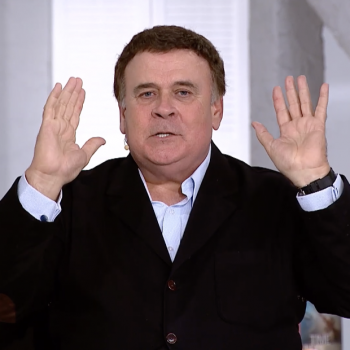