Democrats in House Committee Cave, Keeping “So Help Me God” in Default Oath

Just days after Democrats on the U.S. House Committee on Natural Resources proposed getting rid of “So help me God” from the oath that witnesses take when appearing in front of the committee, they’ve backtracked. The phrase will unfortunately remain in place. 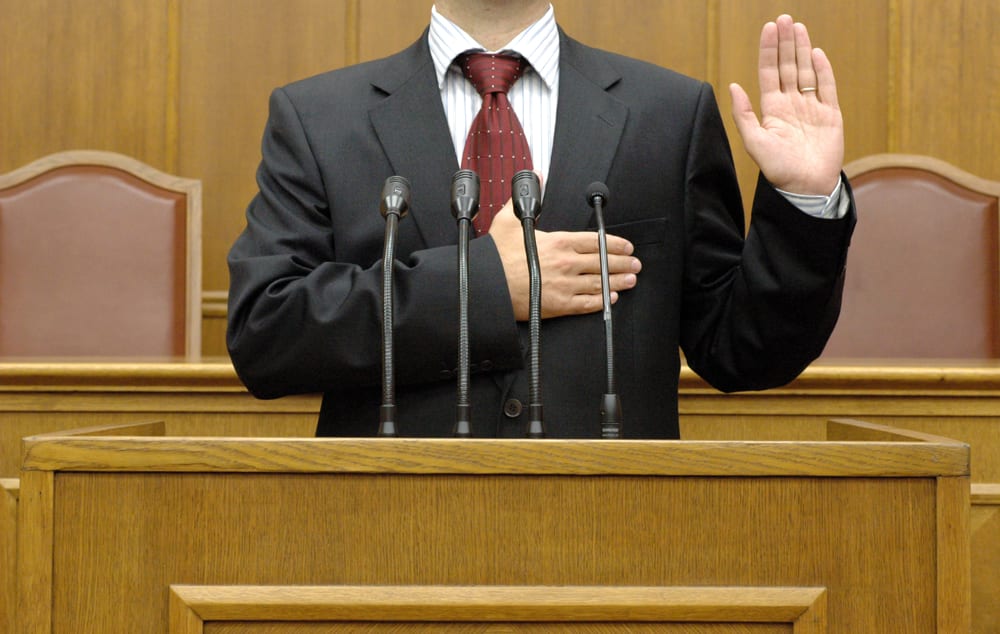 What’s discouraging is how some are using the language of Republicans to justify the move.

"So help you God?"
Should it stay or should it go in oaths?
The House Natural Resources Committee debated it today and here's what they decided: pic.twitter.com/0UbBq4TWCN

Democrat Representative Jefferson Van Drew of New Jersey, a member of the committee, said in a statement that it would be “hurtful and harmful” for the committee “to go out of our way to take it out.”

No it wouldn’t. Who would it harm? Literally zero people. Witnesses who want to pray before taking the oath could always do so. And if you need a threat from God to get you to tell the truth, you’ve got bigger problems than an oath.

Some Democrats deserve credit for stating the obvious, including the only openly non-religious member of Congress, Rep. Jared Huffman.

“All of these trappings of religion and God in these oaths certainly have not kept an awful lot of people from lying under oath,” stated Rep. Huffman, as reported by EWTN.

The funny thing about all this is that Democrats, for the most part, don’t even care about this. They’re fine with the religious oath. It’s religious conservatives who are probably most upset that the phrase will remain in place. They just lost an easy weapon to use against liberals.

January 31, 2019
Here's Why the Supreme Court Must Say the Bladensburg Cross Is Unconstitutional
Next Post

January 31, 2019 Atheists Say AR State Sen. Jason Rapert is "incompetent" in Recent Court Filings
Browse Our Archives
What Are Your Thoughts?leave a comment