In the least shocking news you’ll ever hear from the Vatican, a priest who helped manage cases of sexual abuse has quit his job two months after being accused of… committing sexual abuse. 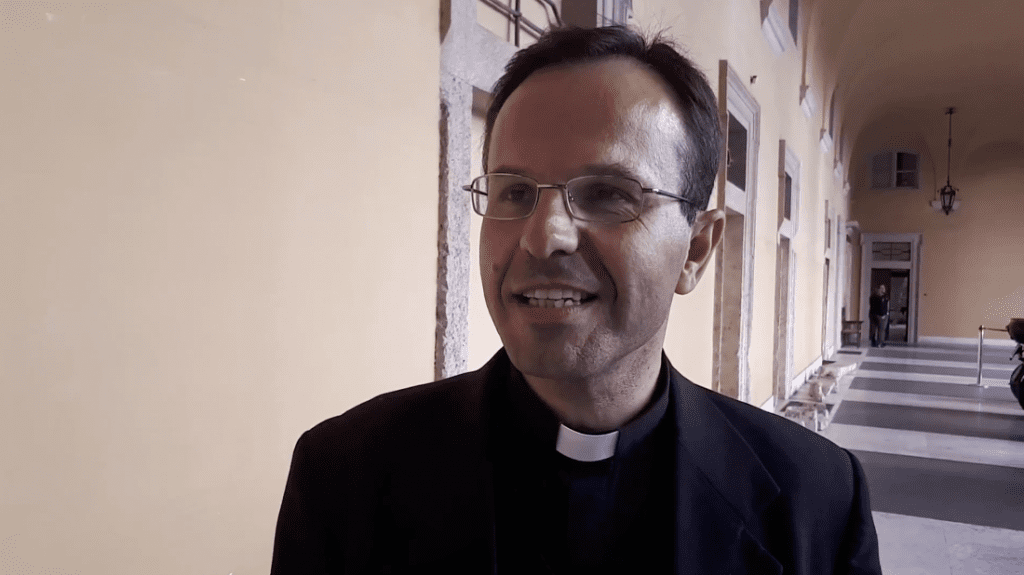 Hermann Geissler was chief of staff for the Congregation for the Doctrine of the Faith, which deals with punishment for abusive priests. Last year, former nun Doris Wagner accused him of soliciting sex from her while in the confessional booth.

“He would keep me there kneeling in front of him for hours, and he would tell me how much he liked me and that he knew that I liked him and even though we couldn’t marry, there would be other ways,” Wagner said at the event. “At some point, he would try to hold me and kiss me, and I simply panicked and ran out of the room.”

“When I told [a female superior], actually, I was extremely relieved that she didn’t blame me,” Wagner said. “Instead, she said something like, ‘You know, I knew Father has a certain weakness for women, so we kind of have to put up with this.’”

While Wagner didn’t name the priest at the time, it didn’t take long for news outlets to connect the dots and realize Geissler was the alleged culprit. She later admitted that was accurate. Geissler insists the allegations are false, but he’s stepping aside in order to avoid being a distraction to the Church. (A little too late for that.)

“Fr. Geissler decided to take this step to limit the damage already done to the Congregation and to his Community,” the [Vatican’s press] office stated.

It leaves open the question of how seriously anyone should take the Vatican’s self-policing of sex abuse cases when they did nothing about the alleged abuser who worked with them every day. This is the worst game of Clue ever — The Priest, in the Confessional Booth, with the Threat of Hell — and yet the Vatican, as always, is acting like this is an anomaly instead of the norm.

January 30, 2019
After Backlash, CA College Board Reinstates Pledge of Allegiance at Meetings
Next Post