Conservatives Lash Out at Reporter for Reporting on Christian Schools January 26, 2019 Hemant Mehta

Conservatives Lash Out at Reporter for Reporting on Christian Schools

Earlier this month, after Karen Pence announced she was teaching art classes at an anti-gay Christian school, “Exvangelical” Christopher Stroop began a hashtag #ExposeChristianSchools encouraging people to share their own experiences.

A lot of them were obviously disturbing. There were stories about whitewashed history, misguided science, a lack of sensible sex education, and lots of bullying. They weren’t all bad, though. Plenty of people chimed in with stories about how their Christian schools were wonderful places that prepared them to be devout in a secular world.

So it makes a lot of sense why New York Times reporter Dan Levin wants to take a closer look at those institutions, using #ExposeChristianSchools as a point of focus. On Thursday, he posted this message on Twitter, asking people who attended Christian schools to reach out to him about “your experience and its impact on your life.”

I'm a New York Times reporter writing about #exposechristianschools. Are you in your 20s or younger who went to a Christian school? I'd like to hear about your experience and its impact on your life. Please DM me.

That’s not a weird request.

A lot of reporters are open about stories they’re working on; they ask for input from people who may have something to say. It’s a really good way to get in touch with sources who may have interesting stories to tell but aren’t in your immediate circle of friends (or a mutual connection away).

A couple of years ago, another Times reporter asked if anyone used WhatsApp to keep in touch with family members overseas whom they either hadn’t seen in a long time or didn’t talk to very often. My mom fit that description perfectly, and I said as much to the reporter, who later got in touch for follow-up questions and included her in his piece. That never would have happened if I hadn’t seen the tweet.

But conservative media outlets immediately suggested this was an anti-Christian piece.

Breitbart said Levin wanted to “Expose Christian Schools” — which is a lie. (He was using a popular hashtag to learn more about Christian schools.) WND.com included this subtitle, quoting someone who responded to Levin: “Did you or your editor come up w this idea? Were you both sober?”

In short, these outlets — and all the outraged commenters — are angry about a piece that hasn’t even been written yet. I suppose it shouldn’t surprise us that right-wing outlets can’t understand what actual journalism looks like.

Levin hasn’t done anything wrong. He can and will be judged on whatever the final product turns out to be. After the article is published, we can all have a debate about whether the piece is biased or unfair. But to criticize a journalist for asking people to share their stories — when plenty of people have responded with praise of Christian schools — shows a misunderstanding by the haters, not prejudice by the reporter. 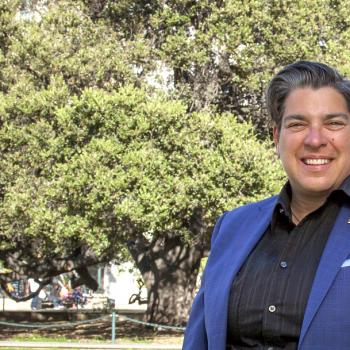