Right-Wing Pastor: The Blood Moon Was a Sign We’re in the “Last Days” January 24, 2019 Beth Stoneburner

Right-Wing Pastor: The Blood Moon Was a Sign We’re in the “Last Days”

The Super Blood Wolf Moon from earlier this week is evidence to one pastor that we are living in the “last days.” Much like some Old Earth Creationists, though, it’s safe to assume we’re talking very, very looooooong days.

Pastor Paul Begley, who said last year that the sexual allegations against Brett Kavanaugh represented “the darkest hour in the last 150 years,” made the claim over the weekend.

… [Begley] argued that the blood moon — which occurs when Earth aligns to block the sun’s light from the moon — is a fulfillment of the end times prophecy.

“God is ready to show us that He is in control, and these are the last days,” the pastor charged, calling the lunar eclipse a “very significant sign, according to the Bible.”

Begley noted that the blood moon will pass over Washington, D.C. on the second anniversary of President Donald Trump’s inauguration. Additionally, he said, Trump was born on a blood moon on June 14, 1946, exactly 700 days before Israel was declared a nation.

“Did President Trump just stumble into this situation?” Begley asked. “Well, he’s the president that decides to go ahead and declare that Jerusalem is the capital of Israel, and then moves the U.S. embassy to Jerusalem and dedicates it on May 14, 2018, the exact 70th anniversary of Israel as a nation.”

“Is this a sign? Is this a harbinger for America?” Begley asked. “It seems like the prophetic scriptures of the Bible are starting to play out right on the world stage, right before our very eyes.”

No. The answer to all of that is no. It’s creative exegesis, I’ll give him that, but the answer is still no.

Is Begley aware that this is not the first time we’ve ever had a blood moon…? Or that we’ll have another one in the U.S. in 2022? Will that be an omen or just more of the same?

Don’t think too hard about it. He didn’t.

Incidentally, if Begley bothered to open up his Bible, he would know that, according to Jesus, we’ve technically been living in the “last days” since His resurrection. 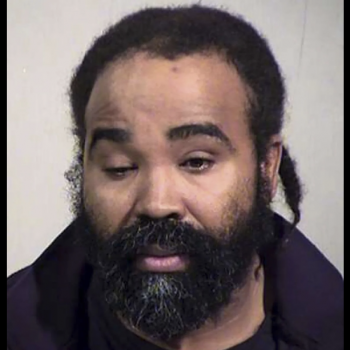