Here’s why you want rational, science-oriented people in politics instead of religious people who think public policy ought to be dictated by their personal myths.

Earlier this week, Rep. Alexandria Ocasio-Cortez (D-NY) said in an on-stage interview that we needed to act on climate change before it was too late. She noted that the “world is going to end in 12 years if we don’t address climate change,” referencing the tipping point after which scientists say it’ll be too late to address greenhouse gas emissions. She’s right about all that. And she’s especially right to point that out when we have a government that rejects climate science in addition to ignoring science in general.

Case in point? Sarah Huckabee Sanders, the press secretary, who dismissed Ocasio-Cortez’s statement with a reference to God during an interview last night with Sean Hannity.

“Look, I don’t think we’re going to listen to her on much of anything, particularly not on matters we’re gonna leave in the hands of a much, much higher authority, and certainly not listen to the freshman congresswoman on when the world may end,” she said. “We’re focused on what’s happening in the world right now.”

A woman who believes the Rapture will happen any second is ignoring the thing that’s actually going to ruin our planet, all because Jesus said so…

Sanders is also wrong to imply climate change can be ignored because we need to focus on “what’s happening in the world right now.” The climate is changing right now. Just because it’s not as obvious as a bomb bursting in front of you doesn’t mean it’s not occurring. It’s the same argument anti-evolutionists make when they say they never saw one species give birth to another. Evolution is happening even if it’s not taking place instantaneously right in front of your eyes.

We have a government that gives more deference to religion than science. And because too many Americans are dumb enough to keep voting for Republicans, none of this can be addressed at the federal level in a proper way. It’ll be up to state and local officials who understand reality to take action. The GOP sure as hell won’t. 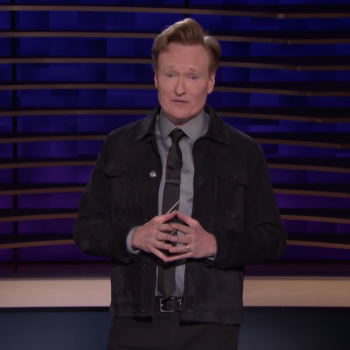 January 23, 2019
Conan O'Brien Saying "We’ll All Be Forgotten" One Day Isn't Nihilistic At All
Next Post 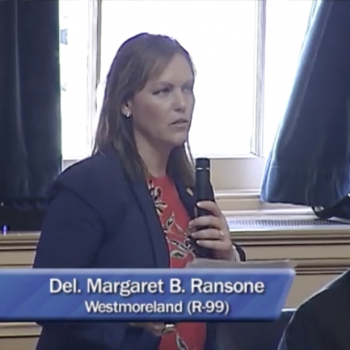