The Supreme Court will not hear an appeal from a public school football coach who wouldn’t stop praying on the field and was subsequently fired. The case is over. Church/state separation won over fake “religious freedom.”

The case involved Joe Kennedy, the former assistant football coach at Bremerton High School in Washington. He continued praying publicly despite several warnings that he was violating the law. In December of 2015, the District said they wouldn’t be renewing his contract, which led to him filing a federal lawsuit against them in August of 2016. A federal district court judge refused to overturn the District’s decision. So Kennedy’s lawyers from First Liberty appealed the decision, and in August of 2017, the Ninth Circuit Court of Appeals ruled against him too.

So Kennedy tried again, asking the entire Ninth Circuit to give his case another look. They declined last January. In June, his lawyers threw the Hail Mary pass, asking the Supreme Court to reconsider his appeal.

Today, the Supreme Court declined to take up his case — thank goodness — but four of the conservative justices (everyone except Chief Justice John Roberts) issued an explanation of why they weren’t taking up this case.

The district said they fired him over the prayers because (1) he wasn’t supervising his players at the time and (2) reasonable observers might think his prayers represented school-sponsored religion. Justice Samuel Alito wrote for the conservatives that the first concern would be a legitimate one for the district, and Kennedy had no proof he was off-duty at those times:

Alito added that the four justices would gladly have overturned the earlier ruling if the facts supported Kennedy, but those facts just aren’t there. Literally, they’re not there. It’s not that the facts go against him. So they have nothing to point to in order to say the district was wrong.

And then Alito hinted that another case could help the conservatives tear down the wall between church and state because the “Ninth Circuit’s understanding of the free speech rights of public school teachers is troubling and may justify review in the future.”

You don’t have to be a lawyer to understand how misguided that passage is. No church/state separation group has ever said teachers should be punished for private expressions of faith, even within the eyeshot of students. You won’t see the Freedom From Religion Foundation filing a lawsuit over a teacher who quietly prays during recess. Those groups only take action when the teacher pressures kids to join in. That’s what coaches do when they participate in prayers. That’s what administrators do if they pray over the loudspeaker. But the conservatives on the Supreme Court are shifting that to suggest liberals would balk at any sighting of a public school teacher doing something religious during the work day. (Similarly, those groups urge city officials who want to display public crosses to keep them in their offices, not somewhere more public where everyone would see them. They do not say the public officials can’t keep the relics in their cubicles.)

It’s a completely misleading interpretation of the law.

Alito finished his statement by mentioning that the Court wouldn’t hear Kennedy’s case on Free Speech grounds, but they could theoretically hear it “under the Free Exercise Clause of the First Amendment and Title VII of the Civil Rights Act of 1964.” But for now, the question in front of them regarded Free Speech, and on those grounds alone, the Court can’t take up his case.

As we’ve said before,Kennedy always had the right to pray. What he was doing was making a giant spectacle of it in a way that was overt and coercive — and church/state groups maintain that public school employees don’t have a right to preach while on the clock.

“Students shouldn’t have to pray to play on their high school football team. The coach’s actions were a clear violation of religious freedom, forcing kids to choose between their own beliefs and appeasing the man who decides the lineup for the game. This is not a dilemma any child should face.

“Luckily, the school district recognized and put a stop to this coercive act, sending the clear message that the beliefs of all students must be respected. The Supreme Court’s action today signals that the school district had the right to protect the religious freedom of its students.”

AU had filed an amicus brief when the case was in front of the Ninth Circuit.

***Update***: The Center for Inquiry issued this statement:

In response, Nick Little, Vice President and Legal Counsel of the Center for Inquiry, said today:

“We welcome the refusal to grant an injunction to Mr. Kennedy. But we are extremely concerned by the willingness of Justice Alito, together with Justices Thomas, Gorsuch, and Kavanaugh to establish religion as a legal trump card that overrules all other interests. We also note with worry this group’s announced willingness to reexamine and overrule Supreme Court precedent that has long made clear that religion is not a ‘get out of jail free’ card which guarantees exemptions to all kinds of laws.”

Robyn Blumner, President and CEO of the Center for Inquiry, said:

“This short yet deeply troubling opinion by four justices goes well down the road toward inviting teachers and coaches to lead prayers at public school events as an exercise of their constitutional rights. Sorry, Justice Alito, but a coach publicly praying on the 50-yard-line after a game is not a private act. It is not, as you suggest, like making a dinner reservation. To anyone with eyes and ears it is a government endorsement of religion“ 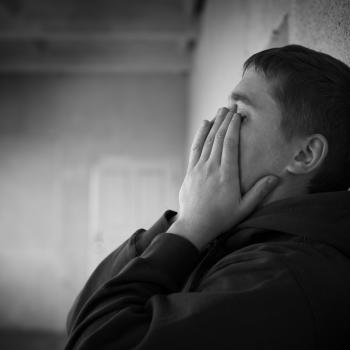 January 22, 2019
In Montana, Faith-Based Treatment Programs (With No Oversight) Are Harming Kids
Next Post 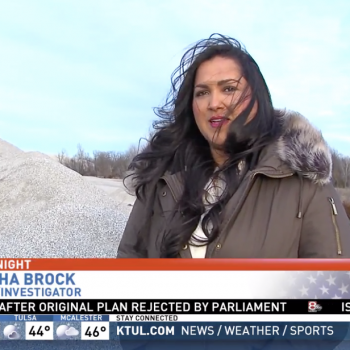