These Ex-Jehovah’s Witnesses Are Destroying Their “No Blood Transfusion” Cards January 19, 2019 Hemant Mehta

One of the most pernicious beliefs of the Jehovah’s Witnesses is that they refuse blood transfusions, even if they’re necessary to save their lives, because it’s considered a violation of biblical law.

It’s a policy that was introduced in 1945 and, according to JW watchdog Lloyd Evans, has resulted in the deaths of tens of thousands of Witnesses.

Some of those dead include children, who were forbidden by their JW parents from accepting a necessary transfusion.

If you are a Witness who dares to go through with a transfusion, you pay the price for it. You’re shunned by the rest of the JW community. You’re considered an apostate.

What you may not know is that this anti-transfusion belief isn’t merely an idea. Witnesses carry physical cards to let doctors know they don’t want a transfusion even if their life is on the line. 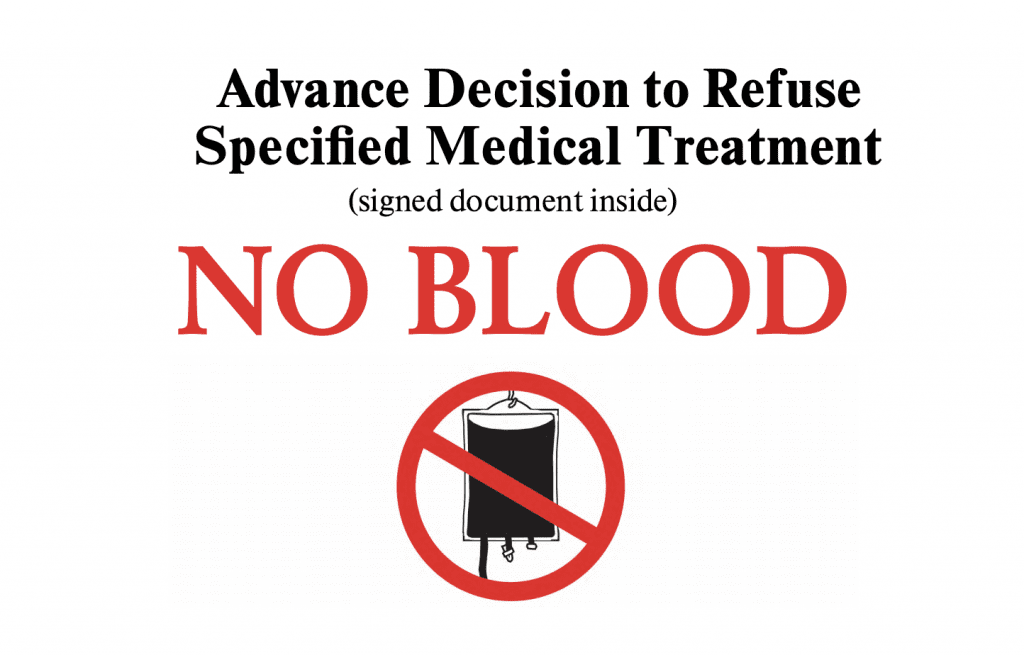 Evans recently posted a tweet urging former Witnesses to tear up those cards in an act of symbolic protest… and several people did just that. Others held up signs saying #NoMoreMartyrs while donating blood themselves.

He compiled their acts in this amazing video. Even if it is only symbolic, it’s still powerful.

May current Witnesses break the spell and join these people in what could one day be a life-saving act.