In an interview with Catholic network EWTN last night, Vice President Mike Pence defended his wife’s new role as an art teacher at Immanuel Christian School in Virginia, a school that expels anyone whose family members are gay, or support gay people, or attend a same-sex wedding… and that explicitly forbids transgender people from even being hired. It also denies science (like evolution).

To be clear, the criticism has everything to do with Karen Pence choosing to work at a school where that kind of bigotry is routine — even if it’s a school she worked at in the past — and nothing to do with the fact that it’s Christian. There are plenty of Christian schools that don’t spell out who they hate right in the application… and many that don’t hate, period. Pence chose to work at one that did.

Naturally, Mike Pence treated all the criticism as if it’s an attack on their faith.

“My wife and I have been in the public eye for quite a while, we’re used to the criticism,” Pence said in an interview with EWTN, a cable network that offers “news from a Catholic perspective.” But, he added, “to see major news organizations attacking Christian education is deeply offensive to us.”

They weren’t criticizing “Christian education.” They were criticizing a Second Lady who acts like bigotry of any kind is still acceptable, certainly when you offer the excuse of religion.

It’s not like anyone was ever going to accuse the Pence of being decent caring human beings — we saw what Mike Pence did as governor of Indiana — but when your entire job consists of being a symbol to the world, the values you espouse on the public stage matters. And Pence is shocked that his wife’s acceptance of bigotry is being criticized.

There is another explanation also worth considering: Maybe the Pences didn’t think this would be a big deal at all. Maybe she signed the paperwork without giving a second thought to the school’s faith-based hate because it’s so ingrained in her that she didn’t even see it as unusual or questionable. That, too, shows you just how little they give a damn about some of the most vulnerable people in the country.

But Pence has clearly learned a lesson from Trump: Whenever you’re criticized, don’t address the issue at hand. Just make up another reason everyone’s going after you and complain about that. At one point, he even brings up how there’s no “religious test for public office”… which has absolutely nothing to do with this. If there is a religious test, it sure as hell doesn’t apply to the people who make up more than 90% of Congress! More to the point, Karen Pence doesn’t get a free pass on the consequences of her decisions just because she’s a Christian.

Too bad EWTN’s Lauren Ashburn didn’t even push back against any of this. It was poor journalism. No wonder Mike Pence agreed to the interview. 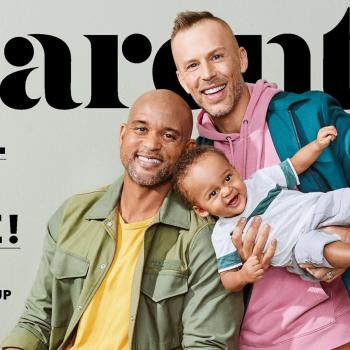 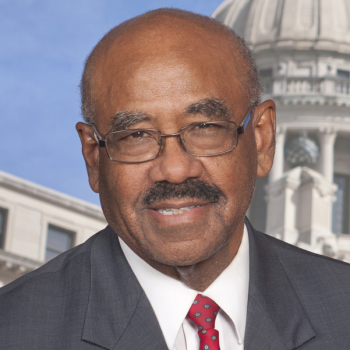 January 18, 2019 Mississippi Bill Would Force Teachers to Say the Ten Commandments Every Day
Browse Our Archives
What Are Your Thoughts?leave a comment