OK Gov. Kevin Stitt: My Office Will Align “With What God Is Doing in Oklahoma” January 15, 2019 Hemant Mehta

OK Gov. Kevin Stitt: My Office Will Align “With What God Is Doing in Oklahoma”

Kevin Stitt, the newly elected Republican governor of Oklahoma who also happens to be an anti-vaxxer, wants everyone to know his goal in office is to align his own agenda with whatever God wants.

Which, I assume, will inevitably be whatever he wants.

During his “Inaugural Prayer Service” today, Stitt let Christians know that his administration is all for living out the Christian God’s Will.

“Every time I would go to prayer and I would say, ‘Lord, what do you want me to do?’ I just felt like he kept saying, ‘I already told you what to do,’” Stitt told the congregation as he recounted his decision to run for governor. “So finally I surrendered … It’s just amazing, nothing in the natural says that I’m supposed to be right here … I’m just so honored to be your governor and I just want to encourage you, when God puts anything on your hearts or on your children’s hearts, we can do anything we put our minds to.”

“I am so excited,” he continued. “It’s not about me. This is something, I pray and I tell our team when we get together, we have an opportunity to join in with what God is doing in Oklahoma … We’re going to engage the non-profits and the churches to really heal and solve some of these social issues, county by county, that the government can’t do, no law can do, but our Heavenly Father can do.”

If government and laws can’t do the job, why the hell is he in office?

His wife was even more blunt:

First Lady Sarah Stitt then spoke and said that they arranged for this prayer service to take place following the inauguration “because we wanted Oklahoma to see that this was our hearts.”

“We are God’s kingdom here on earth,” she said. “It is our call to go our into our state and save people and bring people to him and help with all of these issues. Government alone cannot fix this.”

Day One and they’re already treating the governor’s mansion like a megachurch. For Republicans, it’s just a tool for proselytizing, not a vehicle to improve the lives of all Oklahomans.

Good luck to everyone in the state who isn’t a conservative Christian. Your governor already sees you as an enemy. 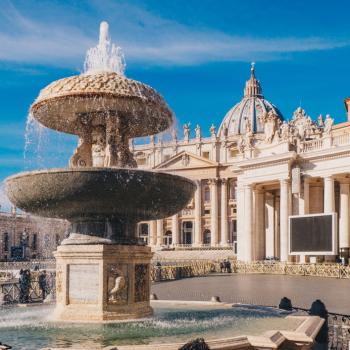 January 15, 2019
To Atone For the Catholic Child-Rape Crisis, Here's What Pope Francis Should Do
Next Post 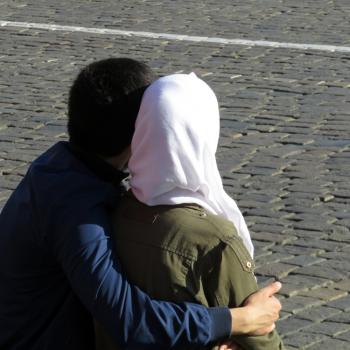