Egyptian University Expels Student for Hugging Her Fiancé after Proposal

A female student has allegedly been expelled from her Muslim university in Egypt for hugging her fiancé after he proposed. 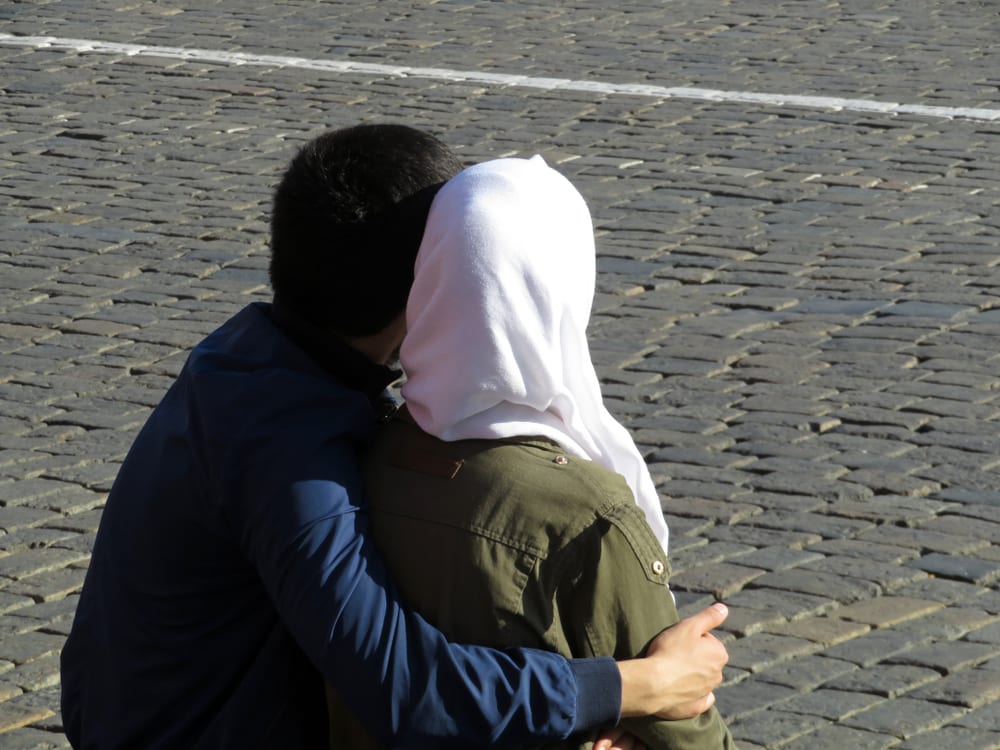 Al-Azhar University, a part of the Muslim country’s conservative government, said the viral video showing the female student hugging a male undermined the school’s reputation. Different genders are strictly segregated at the school, and even a proposal isn’t enough to alter that rule, even temporarily. It’s also irrelevant, apparently, that the video was filmed at a different school.

The video, which went viral earlier this month, showed a young man carrying a bouquet of flowers kneeling before a young woman and then hugging her in what appeared to be a marriage proposal.

The video was apparently not filmed at Al-Azhar — a branch of Egypt’s highest Sunni Muslim authority — but at another establishment, Mansoura University in the country’s north.

He said the video had caused a “public outcry” and that the university’s decision to expel her was because she had presented a “bad image” of Al-Azhar University, which strictly segregates the genders.

He said hugging between unmarried men and women violates “the values and principles of society”.

I don’t know where to start.

It’s disturbing that a school, even one in Egypt, cares more about its image and pleasing extremists than doing what’s best for students. Considering their hug was a celebration of their future marriage, it’s hard to even argue they acted unethically.

The woman can appeal the decision, but there’s no guarantee that will benefit her. In fact, there’s an extreme risk of backlash and little chance of success. The fact is that these types of “punishments” are common throughout much of the Middle East where conservative strains of Islam dominate the religious landscape.

For example, just last year a woman in Saudi Arabia was scheduled to be sentenced to up to two years in prison for hugging a male singer while he was on stage.

Just because it’s not surprising, however, doesn’t mean it’s acceptable. But that would require sensible men in positions of leadership calling for a reversal of the student’s expulsion. Will any of them have the courage to do it?

January 15, 2019
OK Gov. Kevin Stitt: My Office Will Align "With What God Is Doing in Oklahoma"
Next Post

January 15, 2019 Church Members Force Out Pastor After His “Bruce Jenner is Still a Man” Stunt
Browse Our Archives
What Are Your Thoughts?leave a comment