This commercial for AT&T, in which a “just OK” babysitter is very clearly not good enough, began airing a couple of weeks ago. Now it’s drawing criticism from a right-wing Christian.

Peter LaBarbera of the anti-LGBTQ hate group Americans for Truth About Homosexuality can’t believe AT&T would dare show a gay couple going on a date as if they’re normal.

Notice the two men going out on a date like normal parents.

The irony of this ad is that intentionally denying children a mother (or a father) is not just “not OK,” it’s irresponsible, immoral and harmful to innocent kids. So is the modernist LGBTQ-progressive notion of the child’s most important role model (his parents) modeling sexual deviance as the norm in the home. And these fictional fellows are worried about the babysitter?

This is why groups like AFTAH are considered hateful: Literally nothing abou this couple matters to LaBarbara except their sexual orientation. They could be perfectly loving, with great careers, and a strong education, and he would still argue that they’re somehow hurting the kids by not faking their way through an opposite-sex relationship. As if a Christian who forces himself to marry a woman despite being gay is somehow doing everyone a huge favor…

There’s something truly messed up about anyone whose biggest problem with this video isn’t the claim that AT&T’s service is better than OK. Get your priorities straight, people. 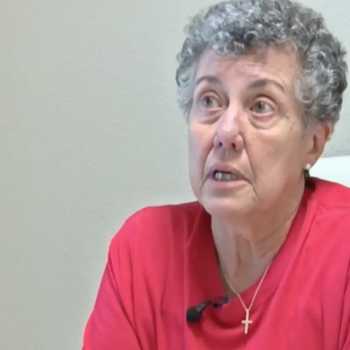 January 15, 2019 Southern Baptist Leader Rejects "Toxic Masculinity" Guidelines as Anti-Christian
Browse Our Archives
What Are Your Thoughts?leave a comment