Last October, a man shot and killed a couple in their Wisconsin home. Their 13-year-old daughter Jayme Closs wasn’t on the scene when investigators finally arrived, and it was assumed she was either killed or kidnapped by the murderer.

That’s why it came as such an incredible shock last week when Closs escaped the cabin where she had been a prisoner and asked a stranger for help, resulting in the almost immediate arrest of her captor (and now alleged suspect). 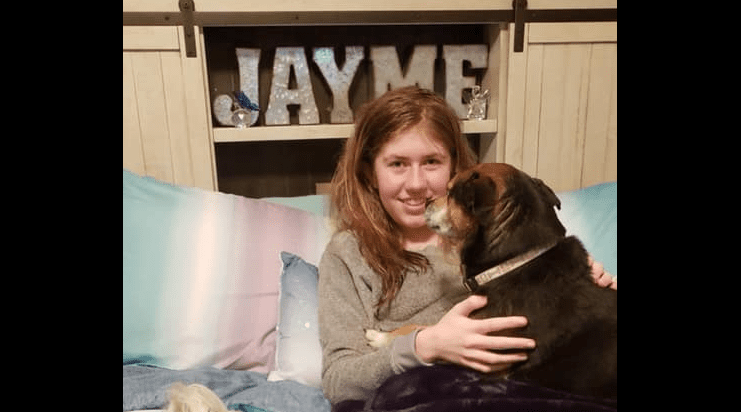 Her grandfather told reporters she’s in “good spirits” given all she’s been through, though she hasn’t made any formal appearances just yet. Which is fine. She needs time to recover and she’ll need plenty of professional help moving forward.

Naturally, local churches, including the one attended by the Closses, are declaring her survival and re-emergence a miracle. It’s a gift from God, said members of St. Peters Church in Cameron and St. Joseph Church in Barron.

It was a full house at St. [Peters] Catholic Church in Cameron as members were celebrating Jayme’s safe return. Our prayers have been answered and God is good,” said church member, JoAnn Trowbridge.

For months they had been praying Jayme was safe and would return home to her friends and family. “I think all of our prayers is what brought her home,” said Geri Schoenecker, another church member.

God so loved the world that He allowed Jayme’s parents to be murdered and her to be locked up in a shack for months where her kidnapper did who-knows-what to her.

At St. Peters, Larry Leff said the teen’s return was evidence of the power of God.

“It’s a great day up in our area. God answered all our prayers,” he said, adding that he was “tingly” walking into church.

Really? All of them? Who prayed for a now-orphaned teenage girl to go through a living nightmare for months?

All of this just shows the arrogance of religious people who insist that the same God who presumably scripted a series of nightmares deserves all the credit in the world when something good happens, but none of the criticism for everything that came beforehand.

If religion helps Jayme get through this traumatic time, so be it. But for her community to give God credit for her survival is such a perfect example of how they cherry pick whatever they want to support their beliefs.

Forget God. Jayme deserves credit for making it through the ordeal. The stranger whom she ran into when escaping the cabin deserves credit for helping her. Law enforcement officials deserve credit for apprehending the suspect. It’s appalling, though, for these church members to praise God for allowing all this to happen.