A Muslim man will remain vice-chairman of the Tarrant County Republican Party (in Texas), despite outcry from several members to have him removed because… he’s a Muslim man. 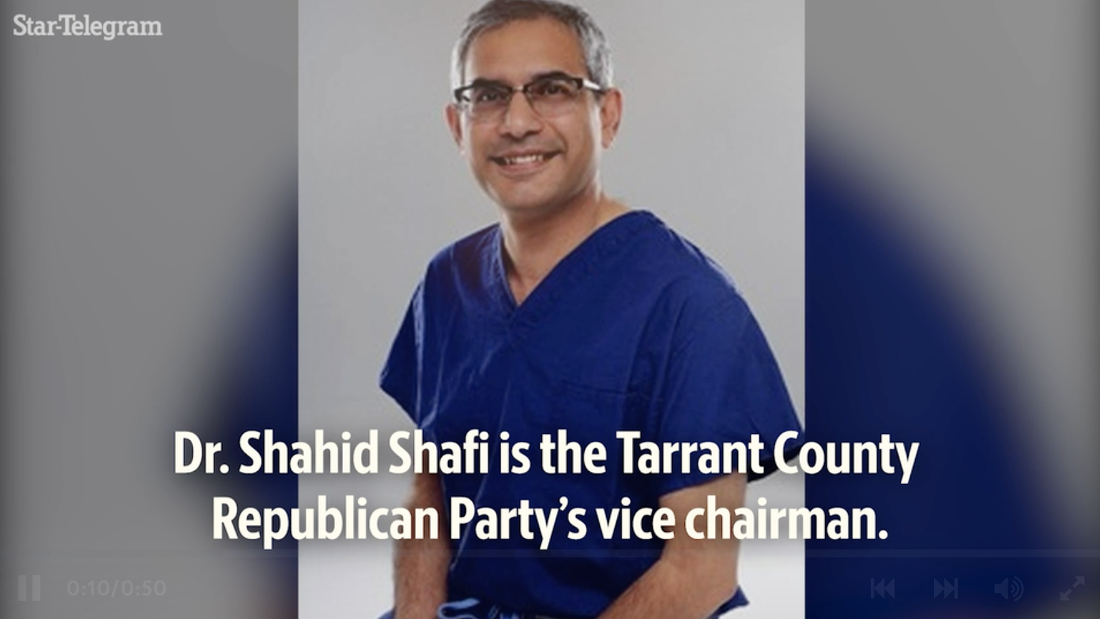 Dr. Shahid Shafi, who became a U.S. citizen in 2009, says he’s “proud to be a Republican” and was elevated to his current post last year. Yet some Republicans claimed that he was an extremist attempting to implement Sharia Law as a member of the Muslim Brotherhood. None of those accusations were true.

His title really became a question of whether Texas Republicans were willing to open their doors to a Muslim who supported their policies or whether critics were right about the GOP’s anti-Christian bigotry.

Yesterday, after months of discussions and postponed votes, the county GOP voted to keep him in his position with a vote of 139-49. Which is to say that 49 people still wanted him booted from party leadership because he’s Muslim.

Shafi, a trauma surgeon and Southlake City Council member, said after the vote that the last several months had been hard on him and his family. But he said he holds no animosity toward people who backed the failed motion to recall him — and that he was proud to be an American and a Republican.

“As an immigrant to this great country, I am honored and privileged to receive the support of my fellow Republicans,” Shafi told members of the press late Thursday. “We need to learn to trust each other so we can create a more perfect union everyday.”

The silver lining here is that the vote went the right way… but dozens of people still made the argument that Muslims had no place running the party. (And let’s not forget the Republicans who supported Shafi continue to promote bigotry in other ways.) In doing so, the party created ammo for critics for a long time to come:

Those who were in favor of Shafi’s removal said he’s unequipped to be vice-chairman because he doesn’t represent all Tarrant County Republicans due to his religion. They’ve also said Islamic ideologies run counter to the U.S. Constitution — an assertion many Texas GOP officials have called bigoted and Shafi himself has vehemently denied.

They forget that the values of many evangelicals also run counter to the U.S. Constitution, a document many don’t appear to have read. And whatever happened to representing all people? Or are we done pretending the GOP cares about people who don’t think or look like the majority of them?

One local leader went even further in denouncing what Shafi supposedly stood for:

Former Tarrant County precinct chair Sara Legvold did not vote on the motion to recall Shafi, but sat outside Thursday’s closed-door meeting wearing a burqa to “represent the Islamization of our county, our state and our country.”

“You already see it in the workplace where Muslims demand they’re able to wear their hijab and demand they get a prayer room,” she said. “When was the last time a Christian was allowed to have a separate place to say their prayers?”

How is wearing a hijab any different than a Christian wearing a cross necklace…? And Christians don’t need a separate prayer room; in many workplaces all across the country, Christians get to pray right where they are, with several of their coworkers. If that’s not religious privilege, I don’t know what is.

But Shafi will go back to being a party leader. He can now get back to work treating other minority groups the same way many members of his own party just treated him.