Remember Sara Cunningham, the woman who offered to be a “stand-in mom” at gay weddings for people whose own (usually religious) parents refused to attend?

Actress Jamie Lee Curtis just picked up the rights to turn her life into a film:

Cunningham’s story and Facebook post caught the eye of some high-profile folks, including actress Jamie Lee Curtis, who saw the post and spent three days in Oklahoma in September with the Cunningham family. Curtis bought the film rights to “How We Sleep at Night,” a memoir Cunningham published in 2014 about her relationship with her son.

“I was moved by her journey,” Curtis said in an interview with The Washington Post. “And I continue to be thrilled as her movement is catching on. I hope to do justice to her story and the story of so many marginalized people in the LGBTQ community.”

Curtis is herself an LGBTQ rights activist who was featured in a video for the Human Rights Campaign following the shooting at an Orlando nightclub. A release date for the film has yet to be announced.

You can probably already hear the outcries from conservatives about how a film like this is “bad” for families, but this is the sort of thing I picture when I think of what it actually means to “focus on the family.” 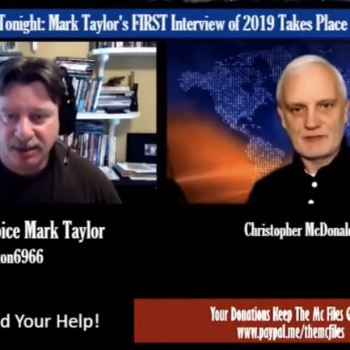 January 11, 2019 Christian “Prophet”: Obama and Clinton Are Already in Jail "in the Spirit"
Browse Our Archives
What Are Your Thoughts?leave a comment