A Christian Right activist is urging Congressional Republicans to exclude members of the LGBTQ community from an anti-lynching bill, because it could be a slippery slope to all people having equal rights.

Liberty Counsel’s Mat Staver is furious that the bill, which would treat lynching as a federal hate crime with corresponding punishments, includes violence motivated by “gender, sexual orientation, gender identity, or disability” in addition to race and religion.

The Justice for Victims of Lynching Act passed unanimously through the U.S. Senate in December — do you know how rarely that happens these days? — but Staver is acting like this is a Trojan Horse for Christian persecution.

“The old saying is once that camel gets the nose in the tent, you can’t stop them from coming the rest of the way in,” he explains. “And this would be the first time that you would have in federal law mentioning gender identity and sexual orientation as part of this anti-lynching bill.”

Staver tells OneNewsNow that Liberty Counsel is talking to lawmakers in the House in an effort to convince them to strip the bill of the amendment before taking a vote.

Leave it to an anti-LGBTQ hate group to find a problem with a bill that would further criminalize physical violence against LGBTQ people.

None of this is any surprise to anyone who remembers that Staver defended the bigotry of Kentucky county clerk Kim Davis and said that first responders after the mass shooting at Pulse nightclub needed to “get tested for AIDS-related conditions.”

Once again, the fruit of anti-LGBTQ teaching has proven to be toxic. For a man who constantly scrapes the bottom of the barrel, this is a new low, even for him.

January 10, 2019
FedEx Driver Goes Back Uninvited to Customer to Pray With Her, Makes Viral Video
Next Post 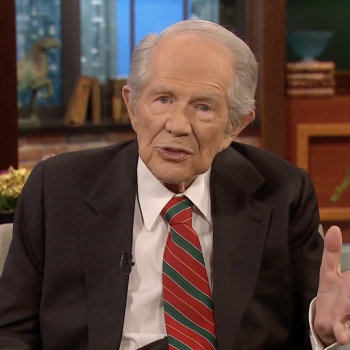