American Atheists have once again filed a lawsuit against Arkansas State Senator Jason Rapert — best known to readers of this site for erecting an unconstitutional Ten Commandments monument outside the State Capitol — for blocking four residents on Facebook and Twitter.

The complaint stated that Rapert blocked the plaintiffs in part due to their atheism as well as their critical comments about his policies. Whatever the reason, AA’s argument is that a government official can’t block people from “participation in public forums” (including comment threads online) based on their viewpoints.

It may seem silly to go to the courts over a social media kerfuffle, but the truth is if Rapert blocks residents from his official social media presence, they’re unable to see what he’s doing on their behalf. Back in May, a federal judge ruled that Donald Trump also couldn’t block people on Twitter for those reasons.

On Friday, that lawsuit against Rapert was dismissed on a technicality involving the atheists. Rapert gloated in a way that suggested victory but AA always said they were going to refile the case after fixing the issues on their end.

With the help of a new local lawyer, Philip E. Kaplan, AA is calling for an expedited hearing, temporary restraining order against Rapert, and a preliminary injunction. In layman’s terms, they want Rapert to unblock their clients on social media ASAP so they can keep up to date with his actions by the time the new legislature gets seated in Arkansas on January 14. (The preliminary injunction would keep them unblocked during the length of the case.)

American Atheists is also asking the judge to require Rapert to “maintain records” explaining why he’s blocking someone on his official social media accounts if he chooses to do that. 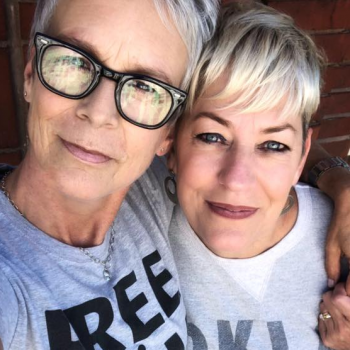