There’s temporary good news for Rahaf Mohammed Alqunun, the 18-year-old woman who is trying to escape Saudi Arabia out of fear her parents will kill her for renouncing Islam.

On Saturday night, she was flying to Thailand on her way to Australia where she hoped she would be able to break free from her former life, but Saudi officials intercepted her at the Thai airport and demanded the government send her back to the Kingdom. She was detained in an airport hotel, but barricaded herself inside demanding to meet with the United Nations refu­gee agency.

The Thai government now says it’s working with the U.N. to assess her claims, which could take up to a week. The leader of Thailand’s immigration police also said Alqunun wouldn’t be sent anywhere she didn’t feel safe.

Video from @rahaf84427714 just sent from her hotel room at the #Bangkok airport. She has barricaded herself in the room & says she will not leave until she is able to see #UNHCR. Why is #Thailand not letting @Refugees see her for refugee status determination? @hrw #SaveRahaf pic.twitter.com/3lb2NDRsVG

Alqunun began a social media campaign late Saturday on Twitter chronicling her detention and even posting a photocopy of her passport to prove her identity. The young woman, who is from the city of Hail, in northwestern Saudi Arabia, suffered physical and psychological abuse at the hands of family members, including her brother, according to a 19-year old woman who said she and Alqunun have been friends for several years.

The woman said Alqunun’s family locked her up for months at one point as punishment for cutting her hair.

The woman, who lives in Sweden and spoke on the condition of anonymity, said she also fled Saudi Arabia two years ago because her family was abusing her. Alqunun was in contact as she planned her escape, the woman said.

Alqunun’s father is a government official in a nation where “honor killings” are all too common. If she dishonored her family, whether through a haircut or marrying someone considered out of bounds, it’s possible they could kill her without suffering any consequences for it. Her actions over the weekend make it even more likely she’ll face serious punishment if she ever steps foot in Saudi Arabia again.

In Saudi Arabia, women need a male relative’s approval to depart the country — restrictions that last from birth until death. Alqunun could face criminal charges in Saudi Arabia for “parental disobedience” and for harming the reputation of Saudi Arabia by publicly appealing for help. Human Rights Watch in a statement pointed out that this system of guardianship makes it extremely difficult for victims of violence to seek protection or legal recourse for domestic abuse.

There’s reason to worry, though. In 2017, when Dina Ali Lasloom was stopped on her way to Australia in a similar situation, she was forced to go back home to Saudi Arabia. She hasn’t been heard from since.

The International Humanist and Ethical Union (IHEU) is demanding that history not repeat itself and that Alqunun be taken to safety. President Andrew Copson stated:

“It is welcome news if true that authorities in Thailand have now pledged not to deport Rahaf Mohammed al-Qunun to any country where she is at risk of being oppressively controlled or even faces the threat of violence or death for her values and beliefs. We implore rights-respecting governments to work together to guarantee her security and freedom.

“This case also highlights the wider need for urgent legal reforms in states where ‘renouncing religion’ is treated as a crime, even as a capital crime, under ‘blasphemy’ or ‘apostasy’ laws, or where social practices mean that women especially may have their personal lives controlled by family members and have limited rights against coercion and domestic violence.”

Let’s hope she’s safe and that this extremist form of Islam, practiced in Saudi Arabia, doesn’t claim another victim who dared to dissent. 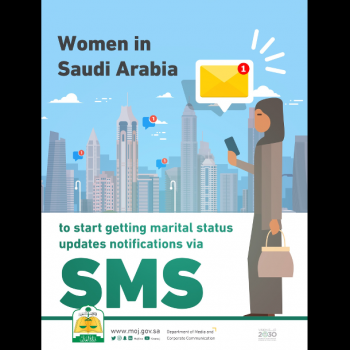 January 7, 2019
Saudi Government Will Use Text Messages to Tell Women They've Been Divorced
Next Post 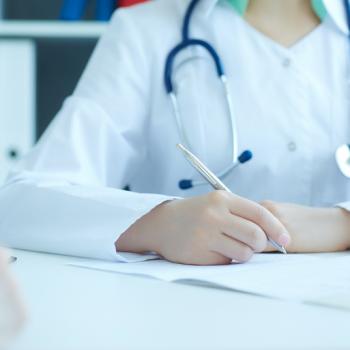 January 7, 2019 This Arkansas Doctor's Med School Wouldn't Educate Her on Providing Abortions
Browse Our Archives
What Are Your Thoughts?leave a comment