The Freedom From Religion Foundation is calling on the Camden County Clerk’s Office to remove two religious paintings that hang in the government office.

One of them is a straight-up Bible verse, John 15:13 (“Greater love hath no one than this, that one would lay their life down for another”). While the sentiment is fine, the Bible verse appendage suggests a promotion of Christianity. After all, there are similar verses in many other books (including holy books), but it’s not like you’re seeing those works quoted here. You never do.

The other is a painting of a New York City firefighter and child looking at a cross formed from the wreckage of the World Trade Centers on 9/11.

There was a large church/state kerfuffle about that “cross” appearing in the WTC memorial museum, but an appeals court ultimately said — naïvely, I would argue — that it wasn’t about religion at all. Rather, it was “a symbol of hope” that was historical in nature.

In any case, FFRF says that court ruling doesn’t justify the purported legality of this painting. Any logic that allows this painting would easily allow groups to demand similar ones be posted in public schools and courthouses across the country.

County officials, however, have no plans to remove the images. The Bible verse picture, which was visible in the clerk’s office, was moved out of sight of the general public. The 9/11 cross painting, which is in the building’s hallway, will stay put for now.

“The commission has received overwhelming public support for the painting. Additionally, we have met with the county attorney and we feel we are on firm legal ground,” Williams said. “The Freedom From Religion Foundation has expressed their opinion that Camden County is violating the separation of church and state because the 9/11 painting hangs in a courthouse hallway and county employees have expressions of their faith within their individual workspaces. The commission does not agree.”

While FFRF sent its letter on behalf of a local resident, it’s not clear if a lawsuit will be filed to remove the Christian painting. A lot has to happen before that’s a viable option. My non-lawyer self thinks the strongest argument against this painting is that it allows the promotion of Christianity using the cover of 9/11. As if opponents of the painting are somehow not patriotic.

There are all kinds of ways to memorialize the lives lost on that day. The only reason to put up this painting is to promote Christianity. That should be obvious to any casual observer.

Incidentally, FFRF said one of the paintings was near a ballot box. 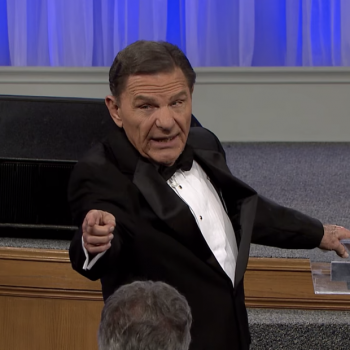 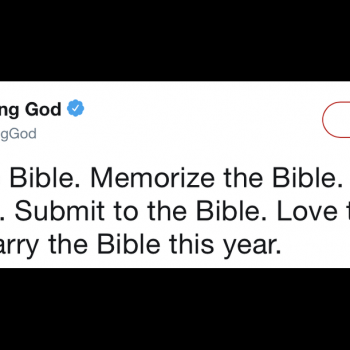