This Six-Year-Old Boy Told a Church Audience, “I’m Tired of This Church”

6-year-old Naszir Ferrell was dragged to church on Christmas, something he clearly didn’t want to do.

Then his grandmother put a microphone in his hand and asked him to say a few words, something else he clearly didn’t want to do.

So he took the mic and said exactly what was on his mind: “I’m tired of this church.”

The eight-second clip has since gone viral, but his father and pastor didn’t quite have a sense of humor about it:

During an interview on Facebook Live the day after, Naszir said… the pastor took him in the bathroom and told him, “don’t do that again.”

During the Facebook interview, Dominique Ferrell, the child’s father, added “I fired on him.” (AKA — he got a spanking).

That’s… no way to convince a child that church is worthwhile. A lot of adults don’t like speaking in public, either. Why should we expect children to be any different?

While many people responding to the video agreed that the boy “deserves to be punished,” plenty of others have chimed in with their support, like the person who said, “I wish I’d done that as a kid.”

January 2, 2019
Please Support the Work I Do Through This Site
Next Post 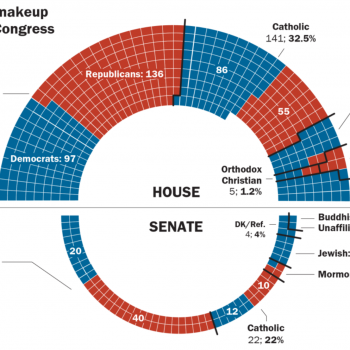