Leave it to Facebook to do something right, then apologize for it.

Evangelist Franklin Graham‘s Facebook page is just a constant stream of faith-based bigotry, and a post from 2016 used transphobic language to denounce a bathroom bill in North Carolina that even Bruce Springsteen had opposed.

Note how Graham says trans women who want to use women’s bathrooms are “men.”

Someone must have reported it to Facebook, because Graham’s Facebook page was taken offline for 24 hours as a punishment. That sort of thing happens all the time to pages that post about political or religious content — criticism of any kind is sometimes flagged as hate speech, the site’s algorithm agrees, and the page goes down for some time. The page’s moderators can appeal the decision and hope a human overturns it. That seems to be what happened here.

It’s not “censorship.” It’s mostly a problem created by a lack of human moderators unable to sift through all the content coming their way. It’s possible Graham’s post was just caught up in the system the same way. I would argue misgendering trans people is a serious issue worthy of the hate speech tag while his support of the bathroom bill was just him expressing an opinion.

Not that any of this nuance matters to Graham. He’s already acting like Facebook is guilty of the worst kind of Christian persecution in America — the one when you have to face the consequences of your bigoted beliefs.

Now that the 24 hours are up, Graham is milking this publicity for all it’s worth.

For example, he wrongly said, “Facebook is censoring free speech” — showing you how little he understands what “free speech” is.

Then he noted that Facebook apologized for the temporary ban, which he’s now using as “proof” the site is unfairly punishing conservatives and he’s just a simple martyr.

In that FOX News interview, he claimed the initial ban was a “personal attack” against him, as if staffers sat around just going through his post history until they could find something actionable. But then, because he plays a generous character on TV, he said he would “forgive” Facebook. Isn’t that nice.

So in summary: The guy who denies the existence of trans people and wants to prevent them from using a public bathroom is somehow the hero in this story because Facebook’s algorithm accidentally flagged a political post as hate speech (because it was).

An article in the Charlotte Observer weirdly played right into his hands by saying that his post about the ban generated comments only from people who agreed with him. Because who could’ve guessed that people commenting on Graham’s page would agree with Graham?!

The response was overwhelmingly in Graham’s favor; the Observer searched nearly a thousand of the comments by Saturday afternoon and found none opposed to his remarks.

Way to not dig deep…

Anyway, now Graham is free to go back to spewing his Christian venom to his nearly 7.5 million followers. 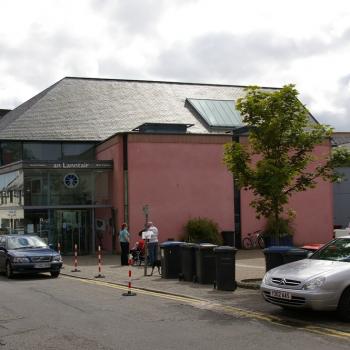 December 30, 2018
Christians Are Furious a Scottish Movie Theater Will Be Open on Sundays in 2019
Next Post 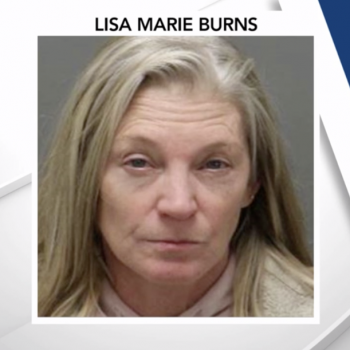