These Clergy Members Realized They Were Atheists and Eventually Left the Church December 28, 2018 Hemant Mehta

Luke Emrich was a pastor who practically grew up in the church. He met his wife Tonia there, too. But both of them eventually began doubting their Christian beliefs. It left them in the position of not believing the core doctrine of the only world they had ever known.

John Compere was in a similar boat as a “fifth-generation Southern baptist preacher.” He eventually helped found The Clergy Project, a secret forum for pastors who no longer believe in the supernatural aspects of the Bible.

VICE News‘ Alzo Slade recently spoke with them — along with non-theistic pastor Gretta Vosper — for this segment.

It’s a very cursory look at the problem of pastors who don’t — can’t — practice what they preach, but what I hope people take away from it is that these are good people. They wrestled with the hardest questions about faith, realized religion didn’t have the solutions they were looking for, and had the courage to admit it. That’s incredible.

The question is where they go from there. Is there a way for them to use their skills in the secular world? Is is possible for them to leave the church without burning bridges? Those are the kinds of discussions they have in the forums. Many have since “graduated” but many others are unable to do so. The goal is to create a system where it becomes easier for atheists in the pulpit to leave the ministry for good.

December 28, 2018
Ozark (MO) Will Remove Arms of Cross from Public Display... At Least for Now
Next Post 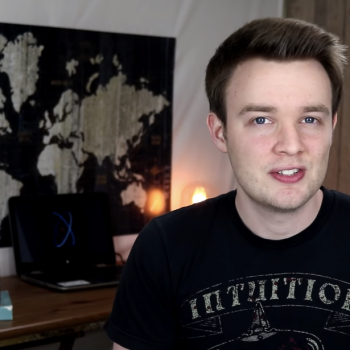