A Tennessee pastor says everyone — including atheists — needs Jesus on Christmas. Which is news to me since I’m doing just fine.

Kevin Shrum, the pastor at Inglewood Baptist Church in Nashville, wrote a holiday op-ed for the Tennessean arguing that “we are all imperfect sinners in need of saving grace from Jesus Christ.” (*Yawn*)

That alone wouldn’t be surprising — what else would you expect a pastor to say? — but he went further, insisting that conservatives and liberals alike need Jesus. 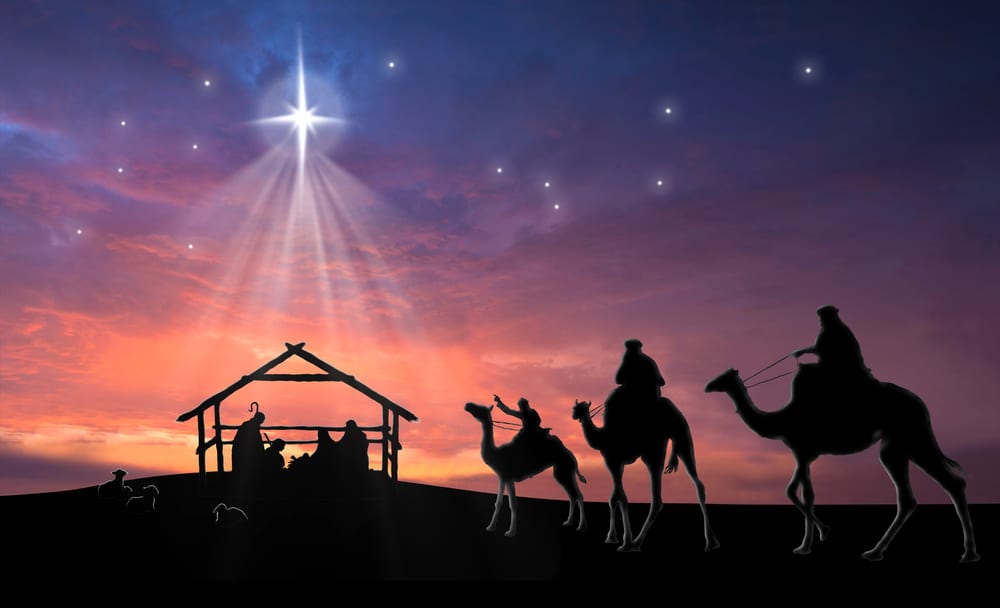 Conservatives need Jesus to be reminded that the objective truths they attempt to conserve do not originate in them but in the God of truth, truths that must be applied with grace. Jesus calls you to humility.

Liberals need Jesus to be reminded that the concern they have for the oppressed can quickly devolve into morbid self-introspection and codependency in those they’re trying to help. Jesus calls you to truth and individual accountability.

Progressives need Jesus to be reminded that sin is the most verifiable truth but the most resisted fact in human history; that while we may see progress in the amenities we enjoy, we do not always see this progress in human behavior. Jesus calls you back to reality.

So far, this is typical Christian apologist nonsense. He’s arguing that we’re all sick with sin and in need of the medicine of Christianity. He uses vague language to imply that “conservatives” and “liberals” are equally to blame for sin, which is a seriously messed up case of bothsidesism. Most of all, he’s undermining everyone else’s beliefs to insist that his mythical figure is the best one.

He goes on to say that religious people and the church need Jesus (well, that’s pretty obvious)… as well as atheists. Ironically, he thinks atheists need to stop getting in the way of the “reality” that God exists.

The atheist needs Jesus to be reminded that reality denied bites. The “God question” is the inescapable question of life. To even ask the question presupposes its answer. The very fact that we keep asking this question is but one of many evidences that God exists and has revealed Himself in history. Jesus calls you to belief.

The agnostic needs Jesus to be reminded that indecision when it comes to reality is a decision. Jesus answers our questions of honest doubt with His undeniable and continual presence. Jesus calls you to decision.

So asking the question is proof that his answer is the right one. It’s an old school philosophical tactic with its roots in the infamous ontological argument for God’s existence, which essentially boils down to thinking imagination equals the truth.

Unfortunately for Shrum, this “logic” doesn’t make sense to anyone except for the Christian apologists who are already convinced about Jesus. Everyone thinks they’re right about the religion question. The difference is that some of us don’t need to jump to illogical rhetorical flourishes to convince ourselves we’re right. 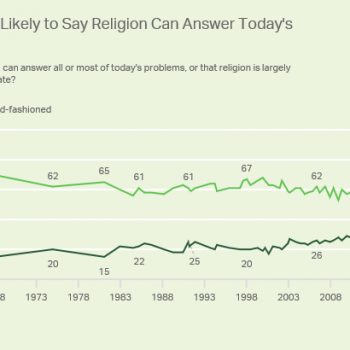 December 25, 2018
Merry Christmas! Fewer Americans Than Ever Think Religion Can Solve Our Problems
Next Post 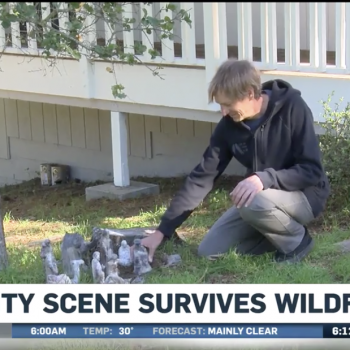